Hurricane Ian: President Joe Biden, after a briefing at FEMA emergency management headquarters in Washington, said "this could be the deadliest hurricane in Florida history." 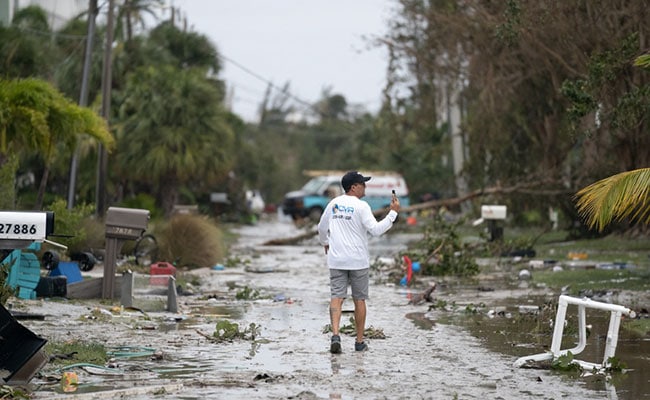 Hurricane Ian unleashed "historic" devastation in Florida, leaving a yet unknown number of dead in its wake, officials said Thursday, as the storm regrouped in the Atlantic on a path toward the Carolinas.

The storm, one of the most powerful ever to hit the United States, left hundreds of people in need of rescue, Florida Governor Ron DeSantis said, while warning it was still too early to get a clear picture of how many people had died.

"We absolutely expect to have mortality from this hurricane," he said at a press conference Thursday evening.

President Joe Biden, after a briefing at FEMA emergency management headquarters in Washington, said "this could be the deadliest hurricane in Florida history."

The numbers "are still unclear, but we're hearing reports of what may be substantial loss of life," he added. 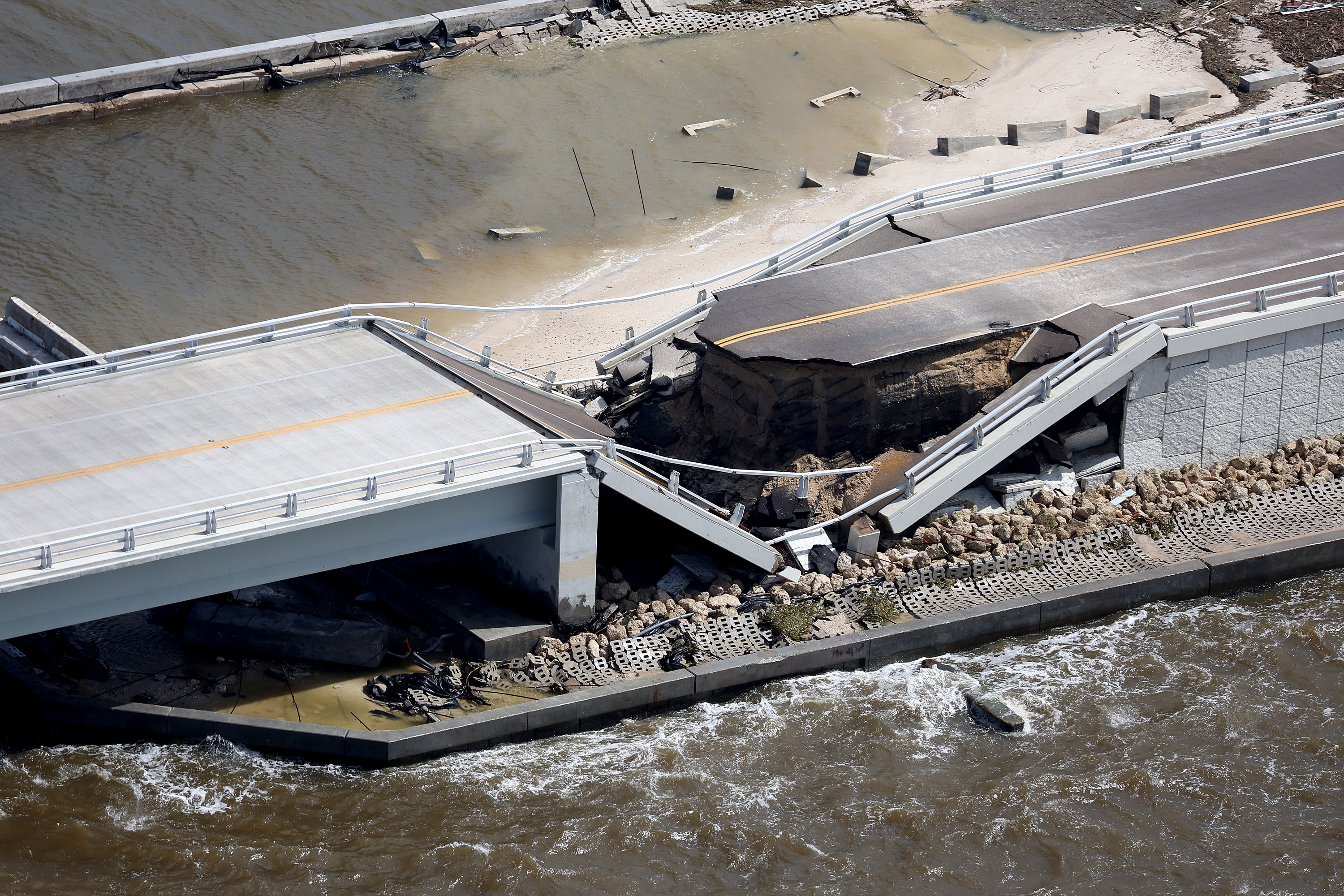 The Sanibel Causeway bridge collapsed in places in Florida

DeSantis said concrete information about casualty numbers could be expected "in the coming days."

Fort Myers, where Ian made landfall as a powerful Category 4 hurricane on Wednesday, took much of the brunt of the storm, as streets became rivers and sea water poured into houses. 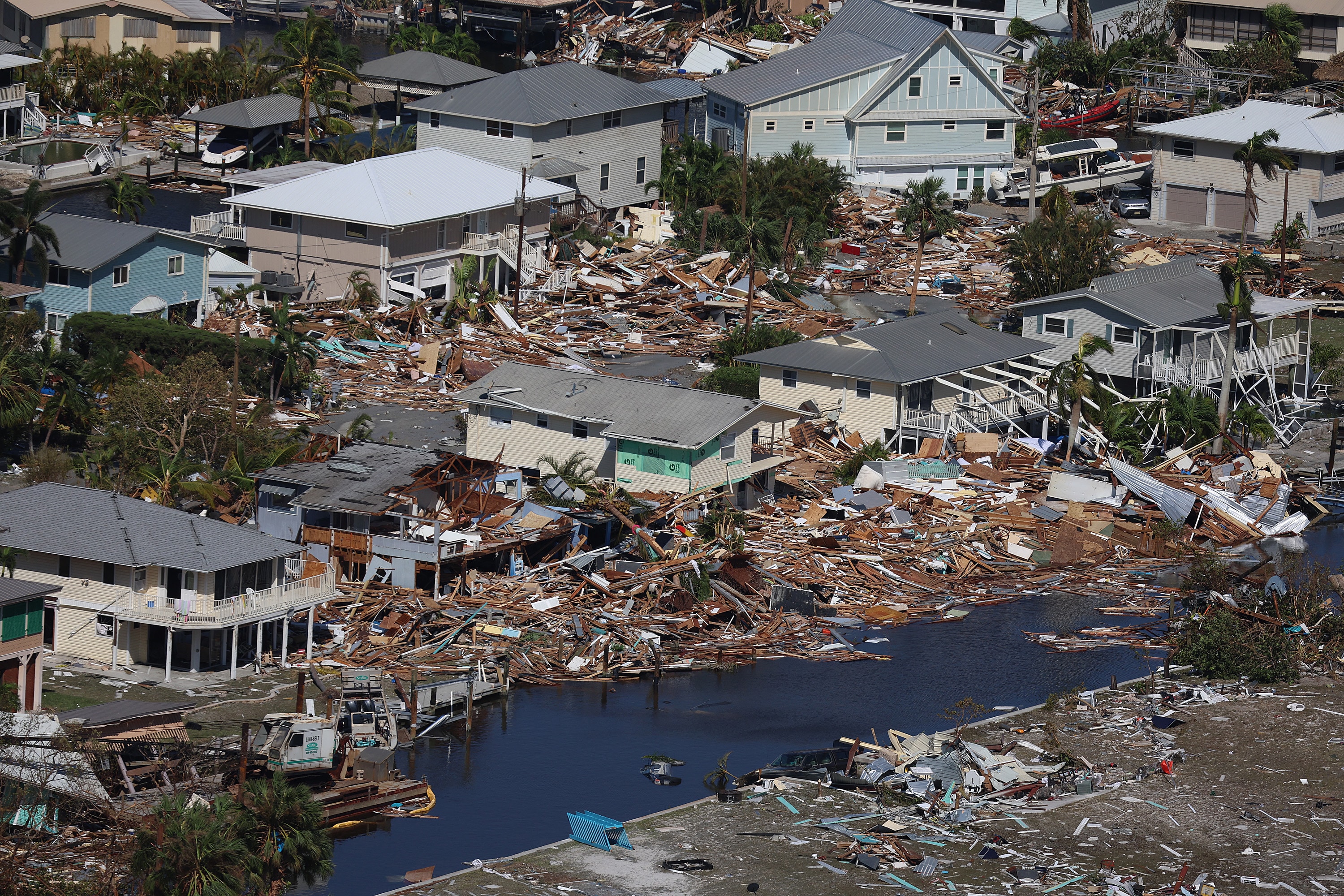 Dozens of boats moored in the marina were sunk while others were tossed on to downtown streets.

Trees were toppled by the howling winds of up to 150 miles per hour (240 kilometers per hour).

Earlier on Thursday, DeSantis described the destruction in the southwest part of the state as a "500-year flood event."

"We've never seen storm surge of this magnitude," he said.

Tom Johnson, 54, of Fort Myers had a front row seat to the destruction from his apartment on the second floor of a two-story harbourside building.

"I was scared because I've never been through that," Johnson told AFP. "It was just the most horrifying sounds with debris flying everywhere, doors flying off."

People canoe and paddle board on a flooded street in Orlando

His home was undamaged but one of his neighbors, Janelle Thil, 42, was not so lucky and had to ask other residents for help after her ground floor apartment began to flood.

"They got my dogs and then I jumped out of the window and swam," Thil said.

When Thil returned to her apartment after the storm passed, she said she opened the door and "had to wait about five minutes for all the floodwaters to come out."

According to DeSantis, the area was also dealing with a water main break, which officials were "working to trouble shoot."

A US Coast Guard official said helicopter crews were plucking people from the rooftops of homes inundated by floodwaters.

Nine migrants had been rescued from a boat that sank during the hurricane on Wednesday, leaving 18 missing, the Coast Guard said. Among them were four Cubans who swam to shore in the Florida Keys.

Ian was downgraded to a tropical storm overnight but the National Hurricane Center (NHC) said it regained Category 1 hurricane strength on Thursday afternoon and issued a hurricane warning for the entire coast of South Carolina and part of North Carolina.

Biden declared a "major disaster" in Florida, a move that frees up federal funding for storm relief.

"We're continuing to take swift action to help the families of Florida," he tweeted. "I want the people of Florida to know that we will be here at every step of the way."

Much of Florida's southwest coast was plunged into darkness after the storm wiped out power.

Two barrier islands near Fort Myers, Pine Island and Sanibel Island, popular with vacationers, were essentially cut off when the storm damaged causeways to the mainland.

Sanibel Island got "hit with really biblical storm surge," DeSantis said, and rescuers were using boats and helicopters to evacuate residents who rode out the storm.

Mandatory evacuation orders had been issued in many areas of Florida ahead of Ian, with several dozen shelters set up.

People walk along the beach looking at property damaged by Hurricane Ian in Bonita Springs, Florida

Before pummeling Florida, Ian plunged all of Cuba into darkness Tuesday after downing the island's power network.

At least two people died in Pinar del Rio province, state media in the country of more than 11 million reported. 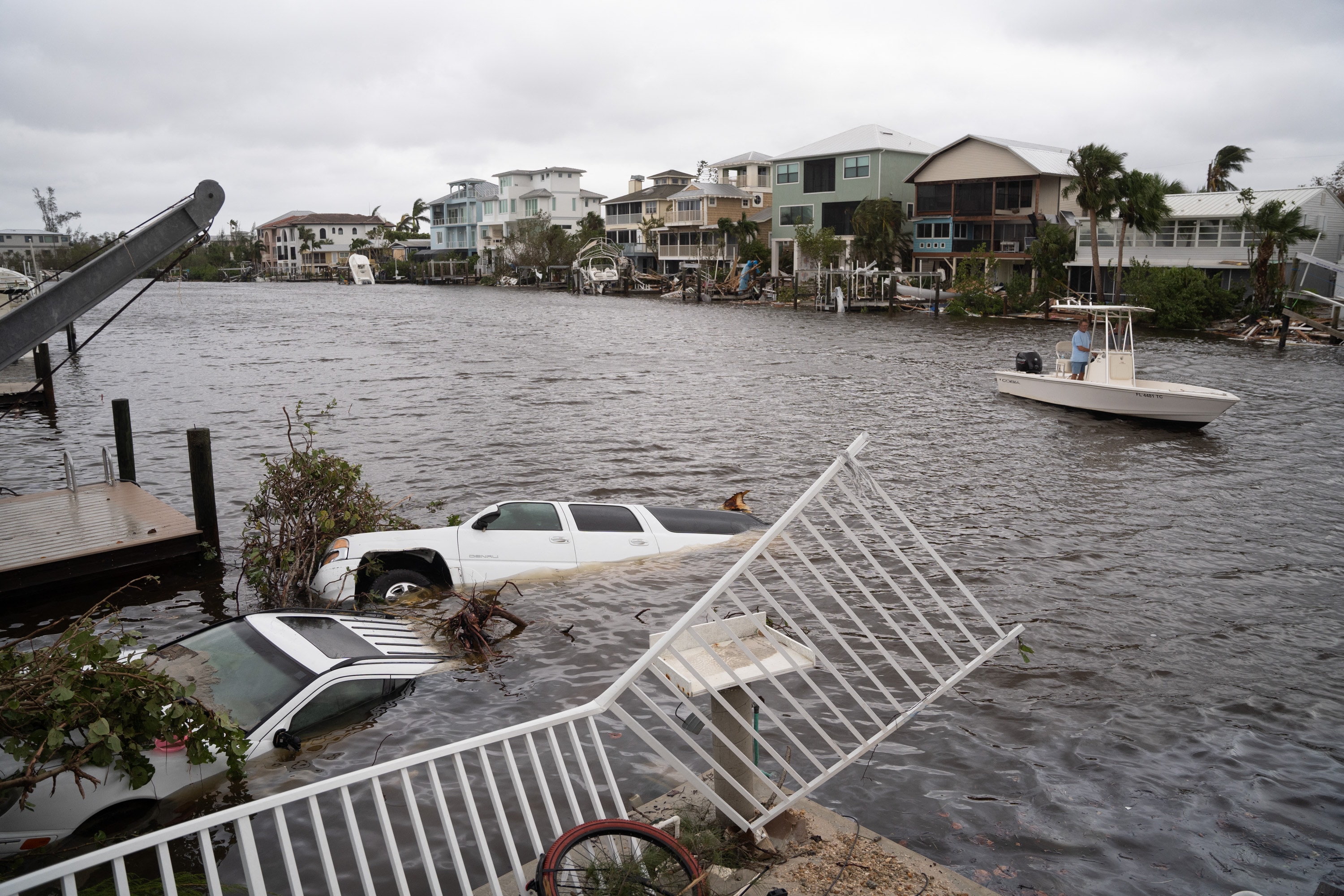 Vehicles float in the water after Hurricane Ian in Bonita Springs, Florida