She Wrote An Essay Called How to Murder Your Husband. Later She Did It 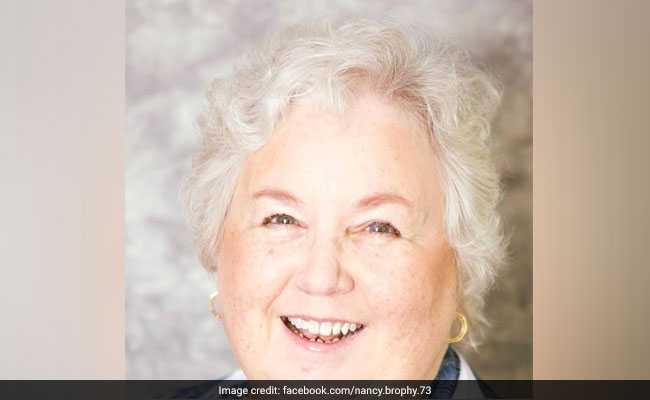 Nancy Crampton Brophy seemed to have a knack for writing about the murder of spouses.

The Portland-based romance novelist authored books about relationships that were "wrong" but "never felt so right," often featuring bare-chested men on the cover. In "The Wrong Cop," she wrote about a woman who "spent every day of her marriage fantasizing about killing" her husband.

In "The Wrong Husband," a woman tried to flee an abusive husband by faking her death.

And in "How to Murder Your Husband" - an essay - Crampton Brophy wrote about how to get away with it.

She wrote the post on the blog "See Jane Publish" in November 2011, describing five core motives and a number of murder weapons from which she would choose if her character were to kill a husband in a romance novel. She advised against hiring a hit man to do the dirty work - "an amazing number of hit men rat you out to the police" - and against hiring a lover. "Never a good idea." Poison was not advised either, because it's traceable. "Who wants to hang out with a sick husband?" she wrote.

"After all," Crampton Brophy wrote in the post, which was made private after inquiries from The Washington Post to the site's administrators, "if the murder is supposed to set me free, I certainly don't want to spend any time in jail."

In real life, she appeared to follow some of her own advice, at least according to police. Rather than hire a hit-man she allegedly pulled the trigger herself.

Crampton Brophy, 68, was arrested last Wednesday on charges of murdering her husband with a gun and unlawful use of a weapon in the death of her husband, Daniel Brophy, according to the Portland Police Bureau. She was arraigned Thursday, appearing in blue inmate clothing, and ordered jailed without bail, court records show. She has not yet filed a plea, and her lawyer declined to comment when contacted by The Post. Police have not revealed the alleged motive.

"It's a big shock. It's a big shock," Brophy's mother, Karen Brophy, told The Post of her daughter-in-law's arrest. "But we're not making any statements."

The killing puzzled police and those close to Daniel Brophy from the start. Brophy, a 63-year-old chef, was fatally shot at his workplace at the Oregon Culinary Institute on the morning of June 2. Students were just beginning to file into the building for class when they found him bleeding in the kitchen, KATU2 news reported. Police had no description of the suspect.

"For my Facebook friends and family, I have sad news to relate," Crampton Brophy wrote. "My husband and best friend, Chef Dan Brophy was killed yesterday morning. For those of you who are close to me and feel this deserved a phone call, you are right, but I'm struggling to make sense of this right now."

Brophy was a beloved chef at the Oregon Culinary Institute. Colleagues considered him the institute's "resident encyclopedia of knowledge" who had a "creative approach to teaching" and an "offbeat sense of humor,"as they wrote about him in memoriam. He sometimes made cooks who forgot their hats wear sombreros or spiky helmets instead, the Portland Tribune reported. And he liked to lead groups of students on "experimental field trips" into the forests, perpetually hunting for new ingredients.

Hundreds of people came to celebrate and to mourn him at a candlelight vigil held outside the Oregon Culinary Institute on June 4. Crampton Brophy came, too.

"I said, are [the police] keeping in touch with you?" McConnell recalled asking her.

"She said, 'No, I'm a suspect,'" McConnell told the Oregonian. "I thought she must have been one tough woman to handle that the way she did."

On Thursday, prosecutors and Crampton Brophy's defense attorney said little as the defendant was brought before a judge to hear the charges against her. A judge took the unusual step of sealing a probable cause affidavit in Crampton Brophy's case at prosecutors' request, a spokesman for the Multnomah County District Attorney's Office told The Post. Police declined to answer questions from The Post about the evidence justifying Crampton Brophy's arrest or what led police to suspect her, citing an ongoing investigation.

In Crampton Brophy's "How to Murder Your Husband" essay, she had expressed that although she frequently thought about murder, she didn't see herself following through with something so brutal. She wrote she would not want to "worry about blood and brains splattered on the wall," or "remembering lies."

"I find it easier to wish people dead than to actually kill them," she wrote. "...But the thing I know about murder is that every one of us have it in him/her when pushed far enough."

The couple had been married for 27 years, according to court documents. They had a "fabulous garden" in their backyard, where chickens and turkeys also roamed, Crampton Brophy wrote on her author website, where she promoted her steamy romance paperbacks. The couple "had our ups and downs," she wrote on her author page, but there were "more good times than bad." She said she knew she had fallen for him one night when she was taking a bath and called out for him to join.

"His answer convinced me he was Mr. Right," she wrote on her author bio. She recalled him saying, "'Yes, but I'm making hors d'oeuvres.'

"Can you imagine spending the rest of your life without a man like that?"

Crampton Brophy appeared to be a productive writer, having published at least seven novels that mostly focused on steamy secret relationships between, as she put it, "rugged men and strong women." The lead male characters were almost always Navy SEALs.

When it came to Crampton Brophy's own marriage, she wrote frequently about it on the Internet, sometimes with a dark sense of humor that her readers appeared to find amusing.

In one 2011 post on "See Jane Publish" that drew laughs from readers, she wrote, "My husband and I are both on our second (and final - trust me!) marriage. We vowed, prior to saying 'I do,' that we would not end in divorce. We did not, I should note, rule out a tragic drive-by shooting or a suspicious accident."

At the end of the post, she said she loved "the way he can make me laugh when I'm really angry," and "how, when I least expect it, he can say the perfect thing."