Gatwick described the "ongoing drone activity around the airfield" on Thursday as "what appears to be a deliberate attempt" to disrupt flights. 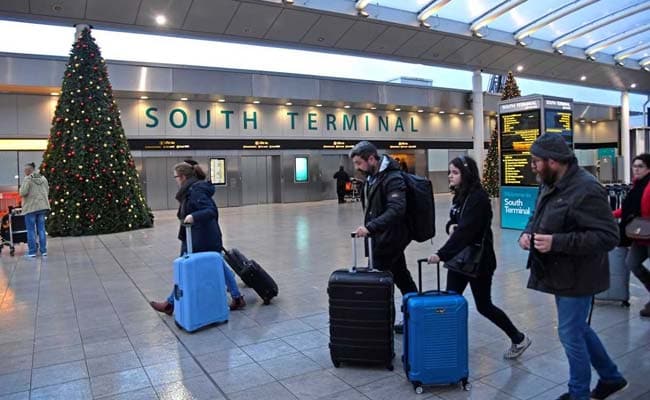 Passengers at the South Terminal building at Gatwick Airport, after the airport reopened. (Reuters)

Gatwick Airport in London reopened on Friday after a rogue drone saboteur wrought travel chaos for hundreds of thousands of Christmas travellers.

The perpetrator, or perpetrators, have not yet been caught. Here are some details of the incident.

Flights were halted at 2103 GMT on Wednesday after two drones were spotted near the airfield. The airstrip was reopened briefly on Thursday but had to be closed again after another sighting.

By midday on Thursday, Gatwick was describing the "ongoing drone activity around the airfield" as "what appears to be a deliberate attempt" to disrupt flights.

In the afternoon, the army was drafted in to Gatwick to deploy "specialist equipment", the Ministry of Defence said.

On Friday morning, Gatwick reopened for a limited number of flights, though warned there would be continued disruption.

Gatwick's chief operating officer said measures had been put in place to give him confidence to re-open the airport, even though the perpetrator had not been caught.

Transport Minister Chris Grayling said military technology had been deployed as the sort of anti-drone capability needed was not yet commercially available.

The incident in numbers

Flights resumed more than 30 hours after the initial closure.

On Thursday, 665 flights were cancelled, a Gatwick spokesman said, adding of the 837 flights scheduled for Friday, 155 had been cancelled by 0848 GMT.

About 120,000 people have been affected by the disruption, with thousands more affected on Friday. 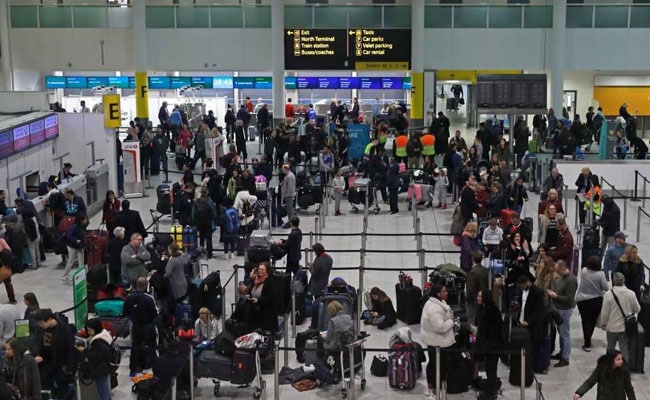 EasyJet is the biggest operator at the airport, accounting for 40 percent of all traffic, with IAG's British Airways having 15.1 percent and Norwegian Air Shuttle on 12.5 percent, according to broker Goodbody.

Gatwick is the second biggest airport in Britain and the eighth biggest in Europe.

Has this happened before?

Aviation experts and Grayling said the length of disruption at an airport the size of Gatwick was unprecedented.

Aerospace trade organisation ADS said Dubai airport was shut a number of times in 2016, but the longest period was for under two hours. Gatwick had brief runway closures in July 2017.

Richard Parker, head of air traffic management technology firm Altitude Angel, said this was the first time a major airport had been hit by such a sustained and deliberate incursion into its airspace.

"It's sophisticated - not from a technology side, but it's organised. People have charged lots of batteries and are deliberately trying to avoid being caught, probably by driving around to different locations," he told Reuters.

The government said it was not yet clear who was responsible. No group has claimed responsibility.

Why not shoot it down?

"You can't just fire weapons haphazardly in what is a built up area around the airport, because there are consequences if that goes wrong," Grayling said.

However, police on Monday were more bullish about the prospects of taking any drone down from the sky, should it reappear. Jason Tingley, head of crime at Sussex Police, said it was now a "tactical option".

Will passengers be compensated?

The Civil Aviation Authority said it considered the event an "extraordinary circumstance" meaning airlines are not obliged to pay compensation to affected passengers. 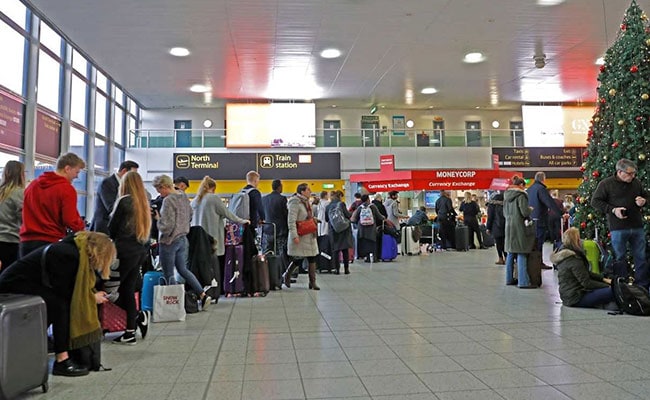 Airlines will have to refund customers who no longer wish to travel and try to reschedule flights to get passengers to their destinations.

Grayling said he hoped the insurance industry would take an "enlightened" view of the incident.

"It goes beyond what the airline is responsible for. This is something that should be covered under travel insurance policies," he said.

(Except for the headline, this story has not been edited by NDTV staff and is published from a syndicated feed.)
Comments
London Gatwick AirportDrone sightingsChristmas travellers