Donald Trump famously tweeted that "trade wars are good, and easy to win" in 2018 as he began to impose tariffs on about $360 billion of imports from China. Turns out he was wrong on both counts. 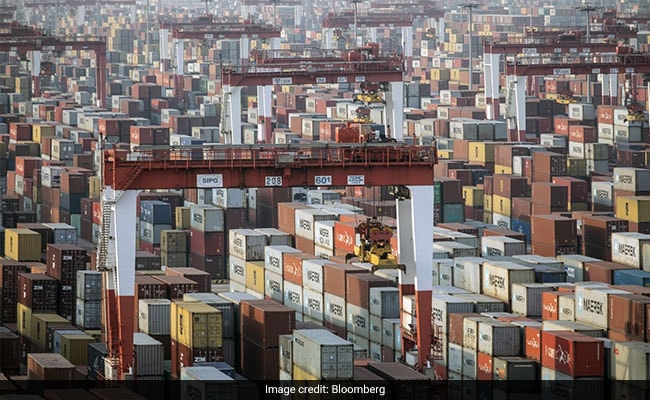 Compared with tariffs, an escalating conflict over technology is of more concern to China

Supply Lines is a daily newsletter that tracks Covid-19's impact on trade. Sign up here, and subscribe to our Covid-19 podcast for the latest news and analysis on the pandemic.

U.S. President Donald Trump famously tweeted that "trade wars are good, and easy to win" in 2018 as he began to impose tariffs on about $360 billion of imports from China. Turns out he was wrong on both counts.

Even before the coronavirus infected millions of Americans and sparked the steepest economic downturn since the Great Depression, China was withstanding Trump's tariff salvos, according to the very metrics he used to justify them. Once China got the virus under control, demand for medical equipment and work-from-home gear expanded its trade surplus with the U.S. despite the levies.

While trade tensions between the world's two biggest economic powers didn't start under Trump, he broadened the fight with the unprecedented tariffs and sanctions on technology companies. The tougher approach, according to the scorecard that follows, didn't go as he hoped. But he's leaving his successor Joe Biden a blueprint of what worked and what didn't.

"China is too big and too important to the world economy to think that you can cut it out like a paper doll" said Mary Lovely, an economics professor at Syracuse University. "The Trump administration had a wake-up call."

Trump vowed in his 2016 election year to very quickly "start reversing" the U.S. goods trade deficit with China, ignoring mainstream economists who downplay the importance of bilateral deficits. However, the deficit with China increased since then, hitting $287 billion in the 11 months to November last year, according to Chinese data. 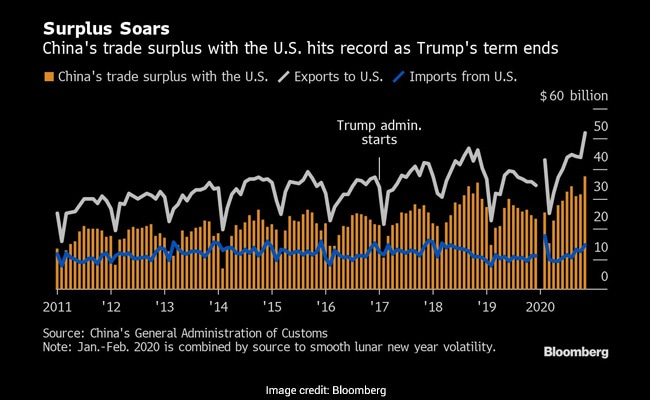 The deficit did fall year-on-year in 2019, as U.S. companies switched to imports from countries like Vietnam, but it remained higher than the $254 billion gap in 2016. That was partly because Beijing's imposition of retaliatory tariffs on about $110 billion in goods reduced its imports of American products, and these only started recovering in the last few months of 2020.

As part of the phase-one trade deal signed a year ago, Beijing made an ambitious vow to import $172 billion worth of U.S. goods in specific categories in 2020, but through the end of November it had bought just 51% of that goal. The slump in energy prices amid the pandemic and the problems with Boeing Co.'s planes played a part in that failure.

The persistent deficit demonstrated how reliant companies are on China's vast manufacturing capacity, which was highlighted again by the pandemic. China was the only country capable of increasing output on a big enough scale to meet surging demand for goods such as work-from-home computers and medical equipment.

Trump repeatedly said that China's accession to the World Trade Organization in 2001 caused its economy to take off like a "rocket ship," a result he viewed as unfair. As it turned out, Trump's trade war with China coincided with another expansion in Chinese exports. After shrinking for two straight years in 2015 and 2016, China's total shipments grew each year after Trump took office, including in 2019 when exports to the U.S. fell. 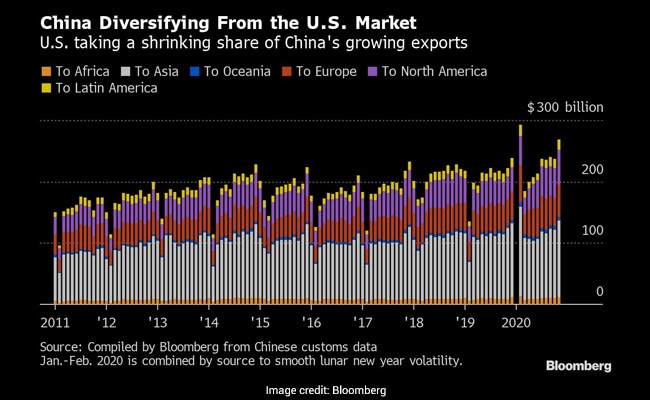 A group of 10 Southeast Asian nations replaced the U.S. as China's second-largest trading partner in 2019. The shift to Asia is likely to continue as Southeast Asian economies are projected to grow faster than developed countries over the next decade. Those trade links will be further cemented by the Regional Comprehensive Economic Partnership pact signed late last year, which will see 15 regional economies gradually drop some tariffs on each others' goods.

The fact that exports were little affected after four years of trade war speaks to the resilience of China's manufacturing capacity. However the trade war has exposed China's vulnerability in certain bottleneck sectors such as high tech.

Trump said that tariffs would encourage U.S. manufacturers to move production back home, and in a 2019 tweet he "ordered" them to "immediately start looking for an alternative to China." But there is little evidence of any such shift taking place. 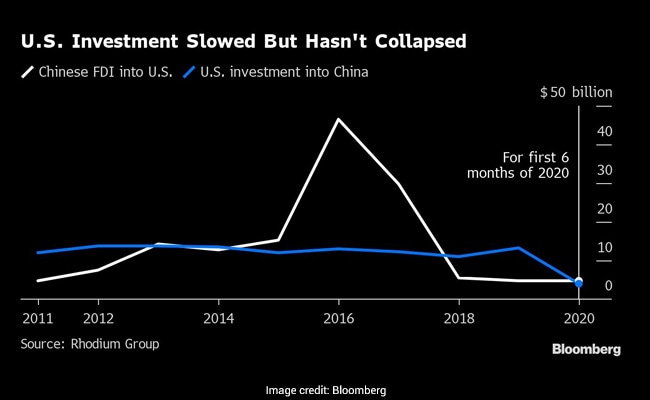 More than three quarters of 200-plus U.S. manufacturers in and around Shanghai surveyed in September said they didn't intend to move production out of China. U.S. companies regularly cite the rapid growth of China's consumer market combined with its strong manufacturing capabilities as reasons for expanding there. "No matter how high the Trump administration raised any tariffs, it was going to be very difficult to dissuade US companies from investing," said Ker Gibbs, president of the American Chamber of Commerce in Shanghai.

Economic Losses on Both Sides

Trump claimed that tariffs had boosted the U.S. economy, while causing China's economy to have its "worst year in over 50" in 2019. However, direct economic impacts were small relative to the size of the two countries' economies as the value of exports between them are tiny relative to gross domestic product.

China grew at or above 6% in both 2018 and 2019, with tariffs costing it about 0.3% of GDP over those years, according to Yang Zhou, an economist at the University of Minnesota. By her estimate, the trade war cost the U.S. 0.08% GDP over the same period. The clearest winner was Vietnam, where the tariffs boosted GDP by nearly 0.2 percentage point as companies relocated.

Trump repeatedly claimed that China was paying for the tariffs. Economists who crunched the numbers were surprised to find that Chinese exporters generally didn't lower prices to keep their goods competitive after the tariffs were imposed. That meant U.S. duties were mostly paid by its own companies and consumers.

The tariffs led to an income loss for U.S. consumers of about $16.8 billion annually in 2018, according to a National Bureau of Economic Research paper.

Another own goal: Tariffs on imports from China tended to reduce U.S. exports. That was because globalized supply chains mean manufacturing is shared between countries, and the U.S. raised the costs of its own goods by levying duties on imports of Chinese components. 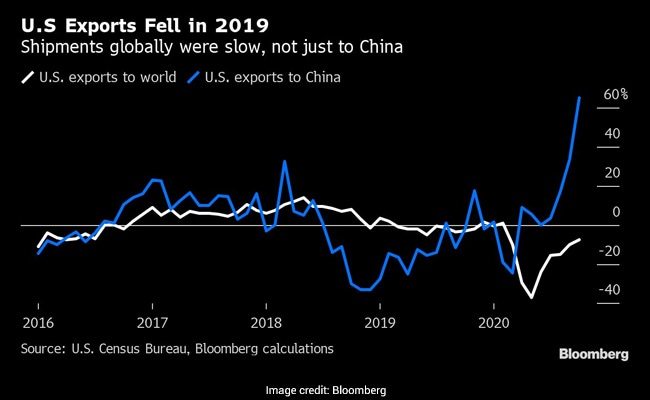 Companies which together account for 80% of U.S. exports had to pay higher prices for Chinese imports, according to analysis of confidential company data by researchers at the National Bureau of Economic Research, the U.S. Census Bureau and the Federal Reserve, reducing export growth.

Trump campaigned hard back in 2016 on pledges to revive the Rust Belt by taking on China and bringing the jobs back home. It didn't happen.

Growth in U.S. manufacturing jobs flatlined in 2019, partly due to falling exports. Even regions home to industries such as steel, which received explicit protection from Trump's tariffs saw declines in employment, according to research by New York University Stern School of Business economist Michael Waugh, suggesting that the trade war didn't significantly alter the trajectory of U.S. manufacturing.

"That stuff is just naturally going to move offshore. The protection maybe delays it a little bit," Waugh said. "There's no evidence that the tariffs benefited workers."

The pandemic's disruption to the world economy in 2020 makes it difficult to estimate the effect of the tariffs on jobs and investment.

China Changed at Its Own Pace

The Trump administration claimed that tariffs provided leverage over the Chinese, which would force them to make reforms to benefit U.S. companies. "I love properly put-on tariffs, because they bring unfair competitors from foreign countries to do whatever you want them to do," Trump said.

The biggest victory claimed by the administration as part of its trade deal were promises from Beijing to enhance intellectual property protections. But that was probably in China's interests anyway.

Mark Cohen, an expert on Chinese law at Fordham University in New York, said that while Beijing has made "tremendous legislative changes" to strengthen IP protection in the past two years, its own motivation to enhance innovation may have been a more important factor than U.S. pressure. The agreement didn't "push the structural reforms in China that would make its system more systemically compatible with most of the world," he added. 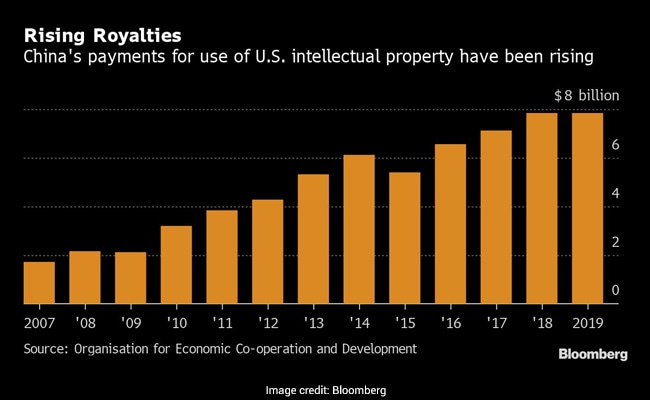 Washington was also not able to extract any significant commitments on reform of China's state-owned enterprises, which were also cited as a justification for tariffs.

It's now up to President-elect Biden to decide whether to keep up the trade war. In a recent interview, he said he wouldn't remove the tariffs immediately and would instead review the phase one deal.

Compared with tariffs, an escalating conflict over technology is of more concern to China. Sanctions and export restrictions imposed by Washington have threatened the viability of leading technology companies such as Huawei Technologies Co. and microchip maker Semiconductor Manufacturing International Corp. That is an existential threat to Beijing's plans for economic growth.

"If the U.S. continues to increase its technological blockade, China's modernization towards the high-end of the global industrial chain will undoubtedly be affected," two researchers at the official Communist Party school in the province of Jiangsu wrote in an article.

So far, the impact of U.S. actions has been to accelerate Beijing's drive for technological self-sufficiency. The issue has rocketed up the Communist Party's agenda, symbolized by a statement last month that increasing "strategic scientific and technological strength" is the most important economic task.