How Attack On Salman Rushdie Shows Enduring Impact of Fatwas

Thirty-three years after a bounty on his head in 1989, Salman Rushdie was stabbed repeatedly at a public appearance in New York State. 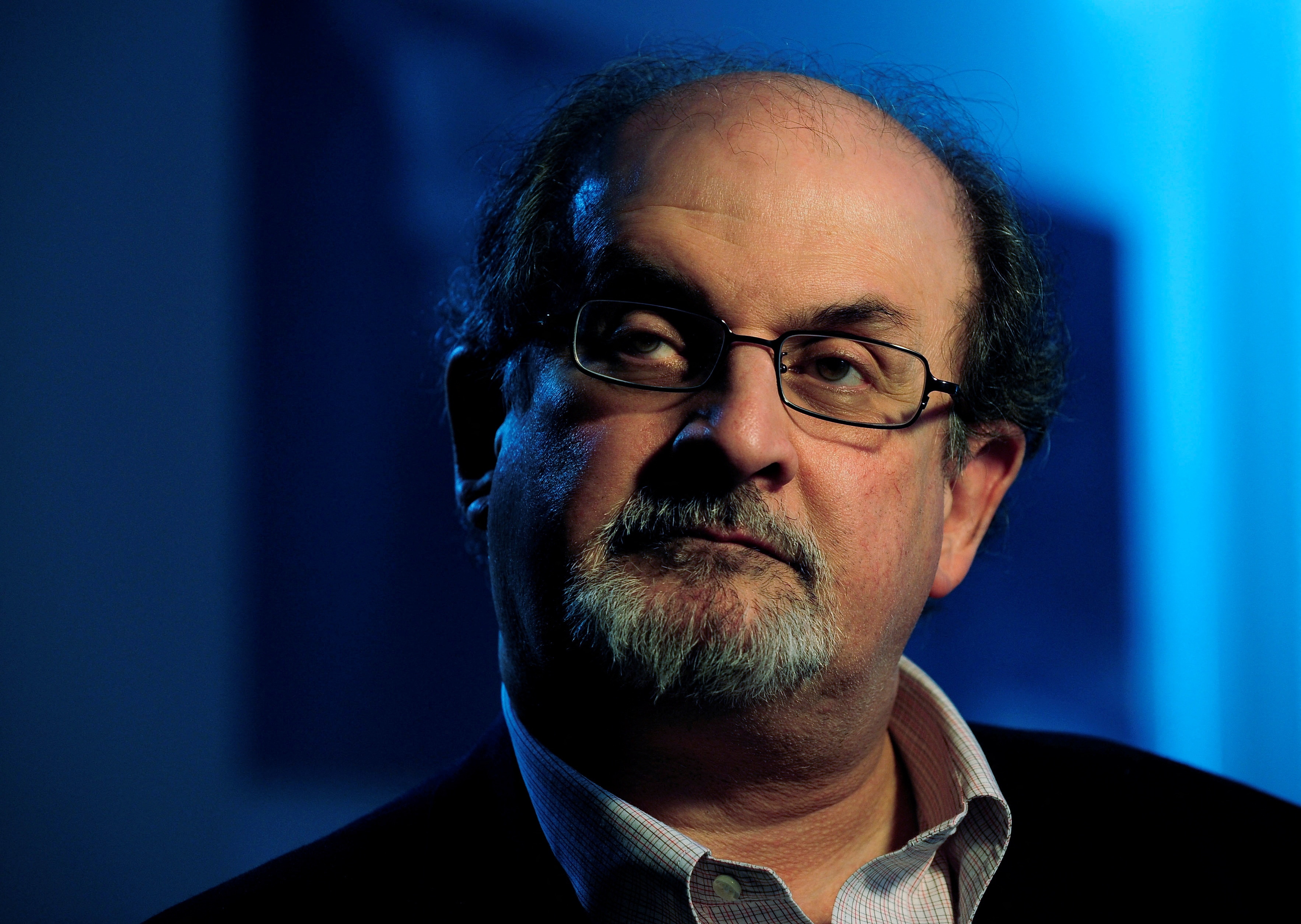 The attempt on Mr Rushdie's life in New York on Friday is not an isolated incident.

The 1989 fatwa imposed by Iran's late Ayatollah Ruhollah Khomeini on Salman Rushdie for his novel "the Satanic Verses" has haunted many liberal novelists and thinkers whose writings were also seen as insulting to Islam and the Prophet Mohammad.

The attempt on Mr Rushdie's life in New York on Friday is not an isolated incident. Novelists, academics and journalists -- particularly in the Middle East -- who dared criticise or question Islamic beliefs have faced similar threats or condemnation from religious figures.

They were either murdered, arrested, flogged or forced into hiding or exile. Their books were banned and denounced as blasphemous by religious establishments funded by governments the West regarded as allies and advocates of moderate Islam such as Pakistan, Egypt, Jordan and Saudi Arabia.

In recent years underground Muslim militants and jihadi preachers and leaders have used social media to incite Muslims across the globe to kill those who they say denigrate Islam and the Prophet.

What Is A Fatwa And Who Issues Them?

A fatwa is a legal decree on a point of Islamic law or opinion given by a high-ranking Islamic religious leader, religious authority or qualified council of scholars. It can address a range of issues - including individuals.

Fatwas calling for someone's death can be brought against those who are deemed to have insulted Islam or the Prophet.

Fatwas don't go away with time and are rarely overturned.

Thirty-three years after Khomeini declared Mr Rushdie's book blasphemous and put a bounty on his head in 1989, the author was stabbed repeatedly at a public appearance in New York State.

Hadi Matar, a 24-year-old Shi'ite Muslim American of Lebanese descent, pleaded not guilty to charges of attempted murder and assault at a court appearance on Saturday.

Who Implements The Death Fatwas?

Over the past three decades some Sunni Muslim preachers and jihadi figures with millions of followers have also issued fatwas calling for the deaths of Muslims they deem infidels, inciting action through videos, speeches and statements.

On Oct. 14, 1994, a Muslim extremist stabbed Egyptian Nobel-laureate Naguib Mahfouz several times in the neck, inspired by a fatwa from Omar Abdel-Rahman, then a leading Sunni militant cleric of Al-Gama'a Al-Islamya (Islamic Group).

Abdel-Rahman, who issued his fatwa while on trial in a U.S. jail for involvement in a bombing plot in New York, said Mahfouz's blood should be shed because his novel "Children of the Alley", written in 1959, was blasphemous to Islam.

The man arrested for attempting to kill Mahfouz admitted during interrogation by Egyptian police that he never read his books but that he acted based on the fatwa issued by his militant preacher.

Where Do State Religious Authorities Stand On Fatwas?

There is a blurred line between radical and state-run conservative Islam.

Arab governments allied to the West have failed to curb their own religious authorities and teachings or to provide protection for writers and thinkers who were put on the death list by Muslim hardliners.

On June 8, 1992, Egyptian liberal writer Farag Fouda was gunned down by two Islamic Group members after being accused by Al Azhar of being an "enemy of Islam" and an "apostate".

Some secular intellectuals suggest that the public condemnation by Al Azhar scholars amounted to a death sentence. Such rulings by Al Azhar, they say, were seen by jihadis as a licence to kill him.

Saudi Arabia's justice system is based on sharia, or Islamic law, and its judges are clerics from the kingdom's ultra-conservative Wahhabi school of Sunni Islam. In the Wahhabi interpretation of sharia, religious crimes including blasphemy and apostasy lead to the death penalty.

There has been an abundance of fatwas by Saudi religious clerics who called for trials, jail and the death penalty against writers, bloggers, columnists and activists for "heretical articles" and apostasy.

Such fatwas in the kingdom have triggered vitriolic reaction and death threats on social media. Some writers had to remove their postings, issue public apologies and repent in court. Others endured flogging and jail.