A hotel in Kidapawan City that also housed other businesses collapsed, but there was no one inside, officials said. 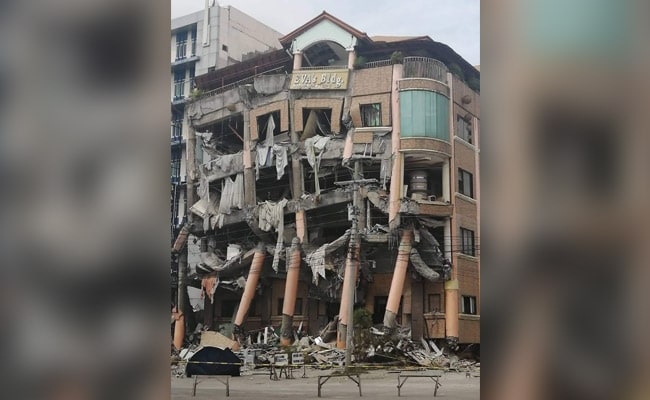 There were no immediate reports of casualties from the earthquake. (AFP)

An earthquake with a magnitude of 6.5 struck central Mindanao in the southern Philippines, causing at least one hotel on the island to collapse, a disaster official said on Thursday.

The quake, which the United States Geological Survey (USGS) initially measured at magnitude 6.8, was the third quake to hit the area since October 16

The quake was later put at magnitude 6.5 by the Philippine Institute of Volcanology and Seismology (PHIVOLCS).

A hotel in Kidapawan City that also housed other businesses collapsed, but there was no one inside, Kidapawan City Mayor Joseph Evangelista told DZMM radio.

There were no immediate reports of casualties from the quake.

The quake's epicentre was 33 km (20 miles) northeast of Tulunan town in Cotabato province, which lies west of Davao City.

"It was very strong and it lasted for a long time. People started to panic and moved to open spaces," Tulunan Vice Mayor Maureen Ann Villamor told DZBB radio.

Philippine President Rodrigo Duterte, who was in his hometown Davao City about 114 km from Kidapawan City when the quake struck, is safe, his spokesman, Salvador Panelo, told ANC news channel.

PHIVOLCS said Thursday's quake could be considered an aftershock following the 6.6 quake that jolted central Mindanao on October 29 and left at least eight dead and more than 300 injured.

The integrity of several buildings and homes on Mindanao have been weakened by a 6.3 earthquake that struck on October 16.