Hillary Clinton To Girl Who Lost To A Boy: "I Know Too Well... Not Easy"

As I know too well, it's not easy when you stand up and put yourself in contention for a role that's only been sought by boys, writes Hillary Clinton. 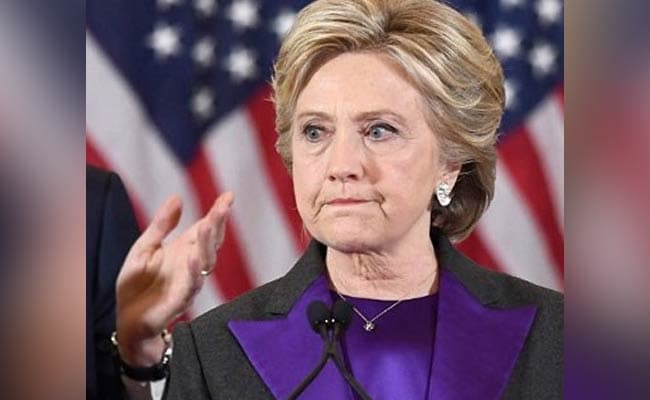 Hillary Clinton lost to Donald Trump in the 2016 US presidential election. (File)

Eight-year-old Martha Kennedy Morales got a huge surprise when she opened a personal letter sent to her home. It was from Hillary Clinton, who was consoling Martha for losing an election for class president to a boy -- by a single vote.

"As I know too well, it's not easy when you stand up and put yourself in contention for a role that's only been sought by boys," Clinton wrote.

Clinton, who lost to Donald Trump in the 2016 US presidential election, was the first woman to be nominated as a presidential candidate by any major political party in US history. Clinton won the popular vote by several million votes but lost in the electoral college.

The youngster attends Friends Community School, a small, private Quaker school in College Park, Maryland, and is a third-grader in a combined third- and fourth-grade class. Martha said that as part of a unit on US government, elections for class president and Congress were held, and she decided to run for the top job. Her opponent, she said, was a popular fourth-grade boy.

The election was held, but six ballots were declared invalid because students had not filled them out correctly. Another vote was taken. Martha lost by a single vote, she said, and was declared vice president.

In a description of her job that US vice presidents could have given, she said: "Now I get to be the tiebreaker if the House and Senate can't agree. And I have meetings with the president. That's all that I know that I do."

Her father, Albert Morales, said Martha waged a serious campaign to win, and he routinely posted campaign updates on his Facebook page. He revealed the results of the contest there, too.

Democratic political activist Bryan Weaver said a number of Albert Morales' friends saw his Facebook posts, got caught up in the election and were upset when Martha lost. "A friend of mine who runs a bar on U Street (in Washington, DC) welled up with tears," he said.

Someone who knows Clinton saw the posts and mentioned it to her, and she decided to write to the youngster. Her spokesman, Nick Merrill, confirmed that the letter is authentic.

"My mom was just picking me up from school, and she pulled the letter out of her purse," Martha said. "I opened it up, and it was a letter from Hillary Clinton. I was very surprised."

Albert Morales said: "My wife texted me a copy and said Martha was just very happy and excited and surprised that Hillary would take the time to write to her."

The 8-year-old, who is looking forward to turning 9 next week, is now working on a thank-you note.