John and Susan Cooper died at the five-star Steigenberger Aqua Magic Hotel in Hurghada on August 21 after falling ill suddenly during an all-inclusive stay at the Red Sea resort. 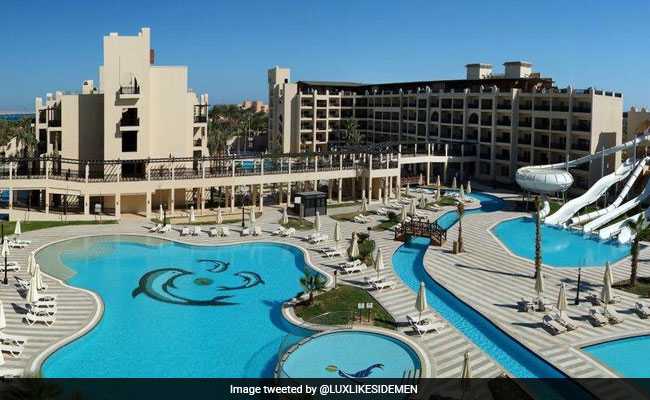 High levels of e-coli were found during tests at the Egyptian hotel where a British couple died last month, but their deaths are still being treated as unexplained, travel operator Thomas Cook said Wednesday.

John and Susan Cooper died at the five-star Steigenberger Aqua Magic Hotel in Hurghada on August 21 after falling ill suddenly during an all-inclusive stay at the Red Sea resort.

Independent experts carried out a series of tests, with those on food and hygiene standards detecting "a high level of e-coli and staphylococcus bacteria."

"However, neither our independent specialists nor Doctor Vanya Gant believe that these results shed any light on the still unexplained cause of death of Mr and Mrs Cooper," said the operator in a statement.

"We await the results of the autopsies being conducted by the Egyptian authorities."

The examination of air and water quality came back clear with no evidence of carbon monoxide.

"It is clear from these results that something went wrong... and that standards fell below what we expect from our hotel partners," the operator said.

It blamed the high levels of e-coli and staphylococcus for the raised level of illness recently reported among guests.

"These results, while not establishing the cause of the tragic deaths of John and Susan Cooper, have prompted us to commit further resource to tackle hygiene standards in those hotels where we identify a higher than average level of sickness," said Thomas Cook chief executive Peter Fankhauser.

Thomas Cook moved all its other customers from the hotel after the couple died in what their daughter called "suspicious" circumstances.

The company said it was unclear what caused the deaths of the couple in their 60s, while Egyptian authorities initially pointed to natural causes and said there were no signs of violence.

Egypt's key tourism industry has been recovering from a devastating blow in 2015 when jihadists bombed a Russian airliner carrying holidaymakers from the Red Sea resort of Sharm el-Sheikh, killing all 224 on board.