Nick Conrad, whose track and career had gone largely unnoticed until the video came to the public's attention this week, was interviewed by police on Friday. 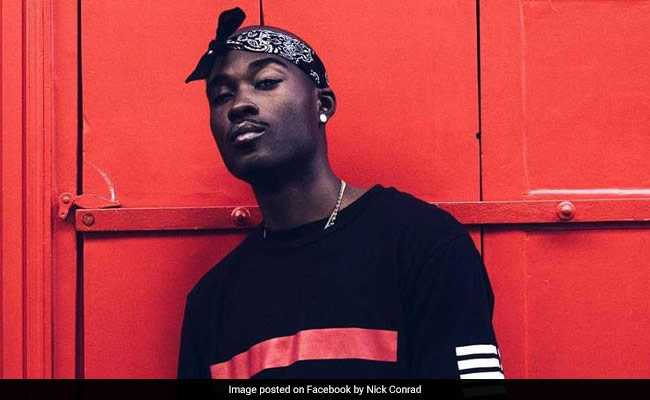 A little-known French rapper who caused a furore in France this week with a music video called "Hang White People" has been ordered to face trial on charges of inciting violence, legal sources said Friday.

Nick Conrad, whose track and career had gone largely unnoticed until the video came to the public's attention this week, was interviewed by police on Friday and ordered to stand trial on January 9.

The charge against him, of inciting deadly violence, carries a maximum five-year prison sentence and a fine of 45,000 euros (39,000 dollars).

The track, called PLB for "Pendez les Blancs" (Hang White People), was posted on YouTube on September 17 and garnered only a few thousands views before it was shared last weekend by a controversial comedian with a large online following.

After being highlighted by far-right groups in France, who regularly rail against alleged racism against white people, both the interior minister, government spokesman and politicians of all stripes condemned the video.

Conrad, who had an average 40 monthly listeners on Spotify and 186 subscribers to his YouTube channel before the controversy, has become the subject of widespread media coverage and public attention as a result.

"There will be a trial during which I hope to be received like I was today in terms of being listened to," Conrad said after his interview with police.

"I think that a text deserves to be studied in depth, not superficially," he added.

In scenes from the PLB video, which has since been blocked by YouTube, the rapper can be seen torturing and then hanging a white victim with a noose, in between waving a gun around and smoking a cigar.

The lyrics evoke the killing of adults and children with the rapper singing: "I walk into creches, I kill white babies, catch them quick and hang their parents."

Conrad, who is from Paris and is of Cameroonian origin, explained to Le Parisien newspaper that he wanted to "inverse the roles of the white man and the black man" and that the "shock was intended."

Many scenes make obvious reference to the film American History X about the abuse of blacks by American neo-Nazis.

One collateral victim of the furore is a BBC news presenter with the same name as the French rapper who presents a radio show in the sleepy eastern county of Norfolk.

The British Nick Conrad, who wrote online that he was the "fatter and more talented one" of the two, has asked to be left alone after receiving death threats over social media.

(Except for the headline, this story has not been edited by NDTV staff and is published from a syndicated feed.)
Comments
French Rapper Nick ConradHang White People