Nurse Who Rapped At Church Raped Incapacitated Patient, Got Her Pregnant

In interviews, Nathan Sutherland spoke of growing up with an empty belly in a Haitian orphanage. He once sought to open a group home. 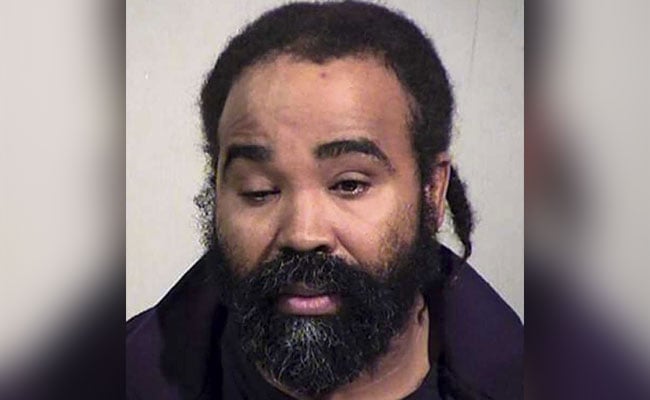 Before going to work at Hacienda in 2011, Nathan Sutherland led a quasi-public life. (File)

In interviews and government documents, Nathan Sutherland painted an inspirational image of himself: an abandoned child who grew up with an empty belly in a Haitian orphanage; a doting dad who wanted to help those who had also been dealt a difficult hand.

His Christian music group, Sleeplessouljaz, rapped inspirational messages in churches and concert halls across the Southwest. He sought to start a transitional home for orphans and homeless youth. When those dreams fizzled, he dove into an industry synonymous with caretaking: He became a nurse.

That image is at odds with the man Phoenix police and prosecutors have presented to the world: the Hacienda HealthCare nurse who sexually assaulted his incapacitated patient and, a few days after Christmas, became the father of her child.

Police arrested Sutherland on Tuesday and announced a day later the biggest development in the Hacienda HealthCare case since a female patient no one knew was pregnant gave birth Dec. 29.

Sutherland, a licensed practical nurse, was at least partly responsible for the care of the victim, who is 29 and has been a patient at Hacienda since a near-drowning at age 3. Others who worked for Hacienda, including the CEO and the doctors who treated the unnamed patient, have resigned or been suspended as the criminal investigation intensified.

After the baby was born, police sought to collect DNA samples from all the male employees who had access to the patient. Sutherland gave his sample on Tuesday morning, officials said. Hours later, he was in handcuffs.

Before going to work at Hacienda in 2011, Sutherland led a quasi-public life. He and his sister formed Sleeplessouljaz, a Christian rap group. According to a biography, they were inspired by a scripture in the sixth chapter of Ephesians, which speaks of wearing "spiritual armor" to protect yourself against the faith-breaking difficulties of life.

"My parents, actually, they split up in Haiti, and I remember my mom couldn't take care of us," Sutherland told an interviewer in 2011. "She brought us to an orphanage, which, you know, one meal a day is a blessing if you have a cup of rice or something. Even though it's an orphanage, you'll be blessed if you have one cup or bowl of rice a day."

"Jesus gave your own mind to you," he told the interviewer when asked what he would tell young people. "You have instruction. It's up to you to decide which way you want to go and stuff. It's going to be hard. But try not to make excuses for the way you are behaving."

In the interview, Sutherland and his sister, who were ultimately adopted, said they had released one album and were working on another. But it's unclear if they ever had more than marginal success. Some of their concert fliers announced free entry and that, as an extra enticement, food would be served.

At one point, he also sought to help youth by founding a Christian-based group home.

According to the articles of incorporation for Life in You Inc., the nonprofit aimed to "show Christ's unconditional love by responding to the spiritual and physical needs" of youth who were homeless, developmentally disabled, behaviorally challenged or orphaned in Phoenix and Maricopa County.

According to Fox 10, Sutherland passed an "extensive background check" when he was hired. His attorney told a judge that this week's criminal charges were Sutherland's first.

Esella Burr told The Associated Press that she lived next to Sutherland, his wife and their four children for a half-decade. She often saw the couple headed to church on Sundays.

The couple had been together since 2012 and owned a catering company that specialized in weddings and corporate functions, according to KPHO.

But privately, there was acrimony. His wife filed for divorce seven weeks ago, saying their marriage was broken beyond repair, the news station reported.

It is unclear what prompted Sutherland to go into nursing in the first place, but co-workers remembered a clean-shaven, consummate professional.

A person at Hacienda gave KPHO Sutherland's most recent planning worksheet, a document that outlined his ambitious goals while at the facility.

He wanted "to attend more AZ state board of nursing meetings and to continue leadership classes," he wrote. Overall, he wanted to "continue to evolve" in his profession.

He filled that document out in July. At the time, his alleged victim was roughly four months pregnant.