The promise to ban mohair comes five years after Zara, Gap, H&M and others pledged to stop selling angora rabbit fur after PETA released a video. 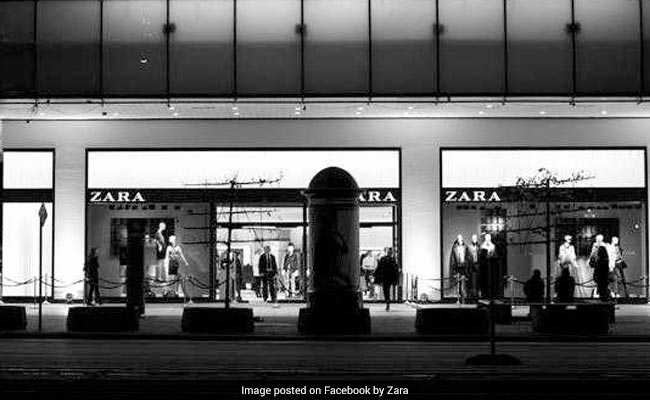 Zara and other brands have vowed to discontinue selling mohair.

Some of the world's largest clothing chains, including Zara, H&M, Gap and Topshop, have vowed to discontinue selling mohair apparel following allegations of animal cruelty at a dozen goat farms in South Africa.

Mohair, made from the hair of Angora goats, is prized for its softness and often used in sweaters, coats and winter scarves. But video footage from an investigation by People for the Ethical Treatment of Animals shows workers dragging goats by the horns and legs and lifting them off the floor by their tails. In some cases, the goats cry as they are shorn. Afterwards workers are seen throwing goats across the floor.

It's unclear if any of the brands sourced mohair from the farms that were investigated.

Removing mohair from store shelves will not be instantaneous. H&M, which is working to trace the source of all of its products, plans to ban mohair across all 4,700 of its stores by 2020. 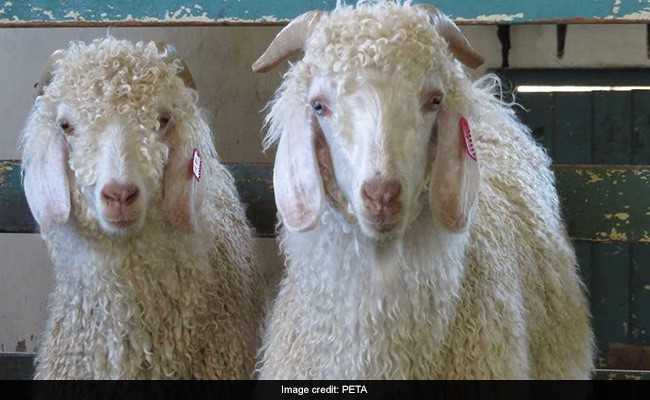 Angora goats are bred primarily for their soft inner coats, which are generally shorn twice a year.

"The supply chain for mohair production is challenging to control - a credible standard does not exist - therefore we have decided to ban mohair fiber from our assortment by 2020 at the latest," Helena Johansson, a spokesperson for H&M Group, wrote in an email.

As of Monday afternoon, mohair products were still widely available across retailers' websites. Mohair-blend cardigans were selling for $29.99 at H&M, while Banana Republic touted wool-mohair tuxedo jackets for $548.

At Zara.com, mohair sweaters, coats and jackets ranged in price from $49 to $199. The retailer's parent company, Inditex, says it will stop selling mohair products across all seven of its brands by 2020.

A spokesperson for Inditex, Amaya Guillermo, said the company has "committed to stop sourcing any new goods containing mohair."

The mohair backlash reflects a shifting consciousness among consumers who are increasingly willing to pay more for ethically-sourced clothing, industry analysts say. Companies such as San Francisco-based Everlane have helped promote an idea of "radical transparency" by showing customers exactly where items are made, and how.

The promise to ban mohair comes five years after Zara, Gap, H&M and others pledged to stop selling angora rabbit fur after PETA released video footage of factory workers in China hand-plucking fur from squealing rabbits. Gucci last year banned the use of animal fur in its clothing, joining a number of other brands, including Armani, Versace and Michael Kors, in going "fur free."

"We're seeing more and more businesses recognize the importance of transparency - even the big guys like Target and Walmart are trying to engage in more responsible sourcing," said Marshall Cohen, an analyst for market research firm NPD Group. "Retailers are bringing that sensibility to the forefront."

The investigation at 12 goat farms and one slaughterhouse in South Africa, where more than half of the world's mohair comes from, was PETA's first look into mohair production. The organization says employees, who are paid by volume, "worked quickly and carelessly, [leaving] goats cut up and bleeding." The animals were sometimes killed after shearing, investigators said. At one farm, a worker cut the throats of conscious goats with a dull knife and then broke their necks, according to PETA. Other goats were taken to a slaughterhouse, where they were shocked with electricity, hung upside down, and slashed across the throat. PETA, which is based in Norfolk, Virginia, plans to file a complaint with the Federal Department of Agriculture this week arguing that factory conditions violate national animal protection statutes because they are causing the goat undue pain.

Promoted
Listen to the latest songs, only on JioSaavn.com
"The most effective way to prevent goats from suffering and dying in the ways we've seen is by going directly to retailers and consumers," said Dan Paden, director of evidence analysis at PETA. "What's ultimately going to keep more goats from going through this is when retailers pull their support for the industry, and informed consumers leave the mohair products on the shelves and buy something else that doesn't have as much cruelty woven into it."

(This story has not been edited by NDTV staff and is auto-generated from a syndicated feed.)
Comments
Zara H&M bans mohairZara animal crueltyMohair products banned