The lucrative cat was at the center of a an intellectual property dispute that raged on since 2015 between Grumpy Cat Limited and the Grenade beverage company. 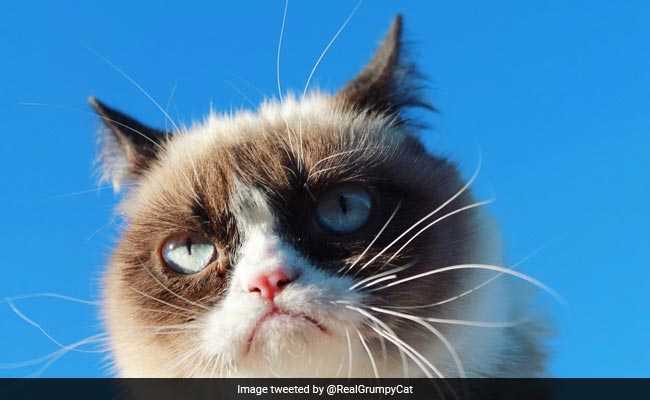 To most Internet users, Grumpy Cat - the feline with a furry frown - is a minor celebrity that capitalized on the popularity of memes in 2012 as a perpetual sourpuss. One of the most famous images of the cat, for example, was overlaid with the text, "I had fun once. It was awful."

To her owner, Tabatha Bundesen of Morristown, Arizona, she was a cash cow and lifeline. The cat's unexpected fame allowed Bundesen to quit her job waitressing at Red Lobster, according to the Hollywood Reporter.

The company has produced a line of branded clothing, pillows, mugs, pens, bags and books "written" by the unhappy cat, including a New York Times bestseller. The cat herself - real name: Tardar Sauce - has appeared on "Today," "Good Morning America" and even "American Idol." She has starred in a commercial for Honey Nut Cheerios and became an official "spokescat" for Nestle's Friskies cat food in 2013, CNN Money reported.

It's been reported that the company raked in anywhere from $1 million to $100 million in its first few years in existence.

Naturally, the lucrative cat soon found itself at the center of an intellectual property dispute that's raged on since 2015 between Grumpy Cat Limited and the Grenade beverage company. On Monday evening, an eight-person jury in Santa Ana, California, awarded Grumpy Cat Limited $710,001 in damages, according to court documents.

"Ironically, while the world-famous feline Grumpy Cat and her valuable brand are most often invoked in a tongue-and-cheek fashion, Defendants' despicable misconduct here has actually given Grumpy Cat and her owners something to be grumpy about," the complaint stated.

Grumpy Cat Limited also claimed that Grenade was also selling unauthorized Grumppuccino T-shirts which "blatantly infringe on the Grumpy Cat copyrights and Grumpy Cat trademarks" without sharing the profits and that the beverage company wasn't paying the agreed-upon percentage of profits from the iced coffee.

Grenade then fired back with a countersuit in which it claimed that Grumpy Cat didn't hold up its end the deal, which was to promote the iced coffee.

As an example, the countersuit stated that Grumpy Cat Limited claimed the unhappy cat would star in a blockbuster movie alongside comedy superstars Will Ferrell and Jack Black. But the only movie Grumpy Cat has ever starred in was "Grumpy Cat's Worst Christmas," which was made for the Lifetime Network and earned a dismal 5.1 out of 10 stars on IMDb.

During the week-long trial at which Grumpy Cat herself made an appearance, Grenade's attorney Brian Kinder said that Grumpy Cat didn't support the joint venture.

Kinder pointed to the fact that Grumpy Cat only posted about the iced coffee 17 times on social media. He also cited a Grumpy Cat appearance on the Fox News Show "Fox and Friends," Courthouse News reported. According to Kinder, the cat's handlers were supposed to say, "Watch out, Starbucks. The cat's coming for it," but didn't.

Promoted
Listen to the latest songs, only on JioSaavn.com
"Grumpy Cat feels vindicated and feels the jury reached a just verdict," said David Jonelis, the attorney for Grumpy Cat Limited, according to Courthouse News. The cat frowned.