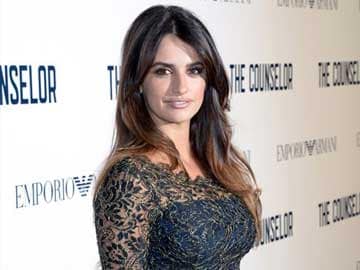 FILE - In this Oct. 3, 2013 file photo, Spanish actress Penelope Cruz poses for photographers as she arrives for the UK Premiere of "The Counselor," in London.

When director Jonathan Demme was approached to show support for all victims of the conflict in Gaza, he didn't hesitate to sign on. Actor Wallace Shawn is willing to put up with jeers on the street for his opinions about the violence. And Mark Ruffalo is determined to air his views about the fighting on Twitter, no matter the cost to his social media numbers.

The Israel-Palestinian debate was once considered so delicate a topic, it was pretty much off-limits to celebrities. But in another sign that social media is intensifying how we wrestle with sensitive global issues, stars of all stripes are taking to the Internet to openly discuss the conflict that has killed more than 1,300 people. The result is a high-profile divide rarely seen within the predominantly liberal entertainment community.

"I don't see this as being politics or statehood for Palestine or Hamas," Demme said. "I think it's about taking innocent lives and the destruction of a culture. ... I've never been ashamed of my pacifist point of view of things at any time since I became a card-carrying hippie back in the '60s."

Demme is among dozens of musicians, actors, filmmakers, authors and sports figures who have chosen to speak out about the conflict. Yet some, like pop star Rihanna and Houston Rockets center Dwight Howard, had second thoughts and erased their messages of support for Palestinians soon after they were posted.

And Penelope Cruz and husband Javier Bardem quickly clarified their stand on the issue after they joined 100 Spanish signees of an open letter calling the Israeli attacks genocide. Later, more participants sought to tone down the rhetoric.

Others, though, haven't backed away from their commentary. Demme, Shawn, Chuck D and dozens more, including Nobel Peace Prize winners, participated in a Jewish Voice For Peace video in which each held up a sign with the name and age of a conflict casualty. The video attracted 100,000 views in two days on the Web.

Shawn, who is Jewish, narrates the video and said he's been criticised on the street in New York because of it. He said he understands the Jewish community's need for Israel to exist, but he would like to persuade those stars who support Israel's actions - including such notables as Scarlett Johansson, Joan Rivers, Howard Stern and Bill Maher - that violence is unnecessary.

"We're involved as American taxpayers, so, you know, I'm involved," Shawn said in an interview. "I'm actually paying for these cruel assaults on innocent civilians. So I am balancing out my own crimes to some very small extent by lending my voice and my face to a video protesting what I myself am doing."

Celebrities airing views on social or political issues is nothing new, said "Reinventing Yourself" author and former presidential campaign spokeswoman Dorie Clark. "But there are some issues that are far more controversial than others."

Wiping out hunger or eradicating disease are issues most people, including celebrities, can get behind, she noted. But Israel is a topic that's very personal to many people, and one that almost always causes friction - and in the case of the current Mideast clash, an unusually sharp difference of opinion among entertainers.

"If I were a publicist advising Hollywood celebrities, if your conscience absolutely compels you to speak out, then do it," Clark said. "But there are serious risks and people have been trying to figure out this situation for millennia and your voice or support one way or another may not be helpful to the overall debate."

In some ways it may be harmful, said Rabbi Marvin Hier, founder and dean at the pro-Israel Simon Wiesenthal Center in Los Angeles. Hier, who has close ties to the Hollywood community, sees celebrities misinterpreting events and journalists ignoring history when describing the current conflict. He believes comments like those first issued by the 100 Spanish luminaries are irresponsible.

Hier believes some condemning Israel are doing it to gain fans in a climate of growing anti-Semitism in Europe.

How each star chooses to broach the issue has varied. Many acts have canceled concerts in Israel. Some cite safety concerns. Others are actively calling for a boycott, such as Pink Floyd's Roger Waters. And some try to distance themselves from the political debate, staying with a message of peace.

Ruffalo has tweeted on the issue frequently and said he's seen his following fluctuate because of it. But he's committed to using his social media voice for more than just laughs.