The area in the Athens suburb of Halandri was rapidly cordoned off and bomb specialists were dispatched, a police source said. 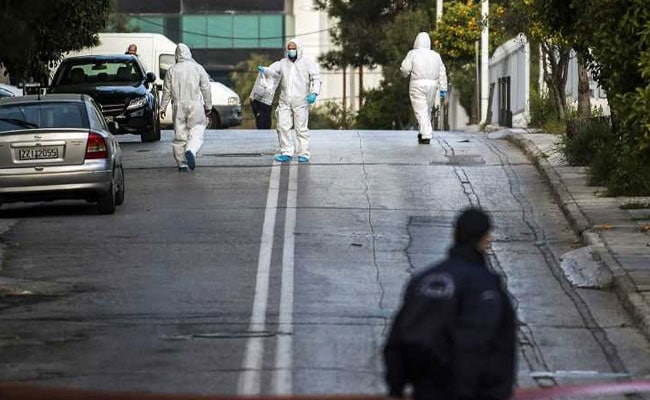 Greek police experts search the area outside the Russian consulate in Athens. (AFP)

A grenade exploded early Friday outside the Russian consulate in Athens without hurting anyone, police said, an attack typical of domestic far-left groups.

The area in the Athens suburb of Halandri was rapidly cordoned off and bomb specialists were dispatched, a police source said.

Police said the grenade had exploded but caused no injuries as the consulate was closed at the time.

The attack occurred at around 0200 GMT. There was no immediate claim of responsibility.

The Greek foreign ministry "unequivocally" condemned the attack, which it said had caused some damage outside the building.

It added that Greek authorities "were taking all necessary steps to investigate the incident and bring the perpetrators to justice."

It is believed that the grenade was lobbed by one or two persons on a motorbike.

The move is typical of domestic far-left outfits, who regularly carry out acts of violence against diplomatic missions in Greece.

In December, a grenade exploded outside Skai, one of Greece's main media groups.

A similar attack occurred in 2016 when a grenade was thrown outside the French embassy, injuring a police guard.

The hit was claimed by a group calling itself the Organisation of Revolutionary Autodefence.