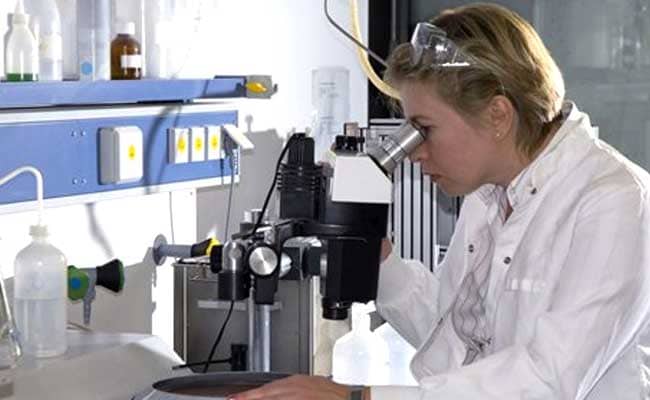 A petition calling for a ban has gathered more than 375,000 signatures (Representational)

London: Environmental group Greenpeace is calling for a ban in Britain on plastic "microbeads", found in many cosmetics, which they warn pollute the oceans and poison marine life.

Campaigners want a total ban on the tiny particles -- which are too small to be filtered -- in products that are commonly washed down the drains.

Although only making up a fraction of the five to 12 million tonnes of plastic discharged into the oceans each year, these small beads are "probably the most harmful", said Erik Van Sebille, oceanographer and climate scientist at Imperial College London.

"The smaller (the plastic) is, the most harmful it is," he told a news conference Thursday on the Greenpeace ship "Esperanza", moored near Tower Bridge in central London.

"Most animals won't eat an entire plastic bag, so the smaller it is, the easier it is to be ingested."

He said there was evidence that the excess of plastic was causing harm to sea creatures, including stopping oysters from reproducing.

The tiny balls, which can be as small as 0.1 millimetres, are found in numerous cosmetic products, from facial scrubs and exfoliators to shower gels and toothpaste.

A 125ml tube of exfoliating cream can contain several hundred thousand microbeads, usually made from polyethylene, explained David Santillo, a researcher for Greenpeace at Exeter University.

Too small to be picked up by water treatment filters, they enter the oceans where they are "very effective at picking up pollutants that are in sea water", said Santillo.

These pollutants are then passed on to the fish, crustaceans and microplankton that ingest them.

'Turn back the clock'

The British government is due to launch a three-month review process in December on plans to ban microbeads, amid mounting pressure from Greenpeace and other environmental groups.

A petition calling for a ban has gathered more than 375,000 signatures. It urges Britain to follow the example of the United States and other countries which have taken action to limit their use.

Anticipating the ban, British supermarket chain Tesco will remove microbeads from its own brand cosmetic and household products by the end of 2016, the group's quality director Tim Smith announced on Thursday.

He said Tesco had asked suppliers to effectively "turn back the clock" to before microbeads, and use natural alternatives such as ground-down coconut shells.

Cosmetics giant Johnson & Johnson has pledged to remove microbeads from its products globally by the end of 2017 while toothpaste maker Colgate told AFP it hasn't used them since 2014.

US corporation Procter & Gamble says on its website that it is "in the process of eliminating them from our toothpastes and cleansers".

Greenpeace said it welcomed the British government's plans to ban microbeads but wants the legislation to go further to avoid loopholes, warning that the situation is only worsening.

Promoted
Listen to the latest songs, only on JioSaavn.com
"By 2025, for every three tonnes of fish, there will be one tonne of plastic" in the oceans, said John Sauven, executive director for Greenpeace UK.