Sundar Pichai, chief executive officer since 2015, has made no secret of his desire to take the search giant back to mainland China 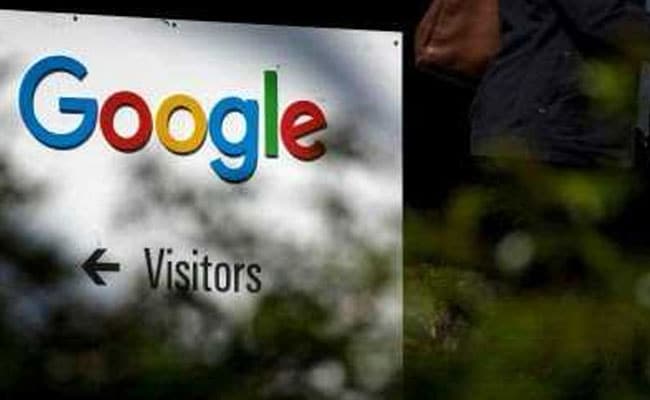 Google is working on a search app tailored and censored, for China

Google staff awoke on Wednesday to surprising news: Their company is working on a search app tailored, and censored, for China. The project, kept secret from all but select teams and leaders, sparked a furious internal debate.

Yet the move couldn't have been entirely surprising for Googlers.

Sundar Pichai, chief executive officer since 2015, has made no secret of his desire to take the search giant back to mainland China. The executive is more pragmatic about the world's largest internet market than Google's founders, who pulled search from the mainland in 2010 over censorship concerns.

Under Pichai, Google has invested in Chinese companies, met with its leaders and made it a priority to spread Google's artificial intelligence technology across the country. But bringing search back would be Pichai's boldest move yet and will put his personal stamp firmly on the company.

Co-founders Larry Page and Sergey Brin built Google to "organize the world's information and make it universally available." They viewed China as a threat to the company's stance as a defender of the open web. Pichai, in contrast, sees China as a hotbed of engineering talent and an appealing market.

Pichai's new leadership style and priorities haven't always sat well with the Google rank and file. Within hours of the China search news breaking, several staff privately criticized the plans. Two employees who spoke to Bloomberg News compared it to Project Maven, a Google AI contract with the Pentagon that sparked an internal revolt earlier this year. The company is not renewing that deal.

Another person who has seen some early examples of the Chinese search app, code-named Dragonfly, described it as a "censorship engine." People trust Google to share true information and the Chinese search app is a betrayal of that, the employee said. The Google workers asked not to be identified because they're not permitted to discuss internal matters.

One employee transferred to a different role at the company because of ethical concerns with Dragonfly, according to an internal message viewed by Bloomberg News. An unnamed company vice president asked to keep details of the project private so they would not leak to the public, the internal message read.

Google said on Wednesday that the company does not "comment on speculation about future plans" and declined to comment further. In 2010, Brin, now president of parent Alphabet Inc., told the Wall Street Journal, that China's policies of censorship and surveillance has the "same earmarks of totalitarianism" as Soviet Russia, where he was born. Brin did not respond to an email requesting comment on Wednesday.

Some Googlers, however, posted missives of support for the project on internal message boards on Wednesday. Google's mission of organizing the world's information shouldn't leave out a fifth of the planet, one person wrote in a post viewed by Bloomberg News. Another said that boycotting the country did little to change the Chinese government or "bring any positive change."

A worker in China lamented their inability to access Google services in the country, such as sharing pictures through Google Photos or even recommending the app engine they are working on. "As a Chinese citizen working for a company that my parents and relatives can't access is demotivating," the person wrote on a message board.

Dragonfly was a popular topic on Memegen, an internal online photo messaging board and cultural barometer at the company. One meme cited a popular Google slogan -- "Put the user first" -- with an asterisk attached: "Chinese users excluded, because we do not agree with your government." A second post questioned the merits of American staff deciding global policies. Westerners debating Google entering China "feels somehow like men debating regulating women's bodies," it read.

Pichai has not directly addressed the issue of Chinese censorship. But he and his deputies often note the international scope of the company's ambition. Diane Greene, CEO of Google's cloud-computing unit, would not comment on plans to enter China in an interview with Bloomberg News last week. "We want to be a global cloud. Customers want us to be a global cloud," she said.

In March, two months after opening an AI lab in Beijing, Pichai visited the city and said he was "looking forward to expanding" research efforts there. Two years before that, at the Code Conference, Pichai said, "Google is for everyone. We want to be in China serving Chinese users."

Search might not be the only way Google is trying to build a China presence. The company is developing a news aggregation app that would comply with the country's censorship laws, the Information reported, citing unidentified people familiar with the project.

Even if Google were to launch search in China now, it's unclear if people would use it. Since its departure, Baidu Inc. has come to dominate traditional search while many users have turned away from desktops in favor of using specific mobile apps. That includes looking through Meituan for food, Alibaba for e-commerce, Toutiao for news and WeChat for most other things.

"While Google was blocked, China's market continued to develop," said Brock Silvers, managing director of Kaiyuan Capital in Shanghai. "Google may now set aside principle in exchange for Chinese market access, but it seems unlikely to dominate."

Pichai has been plotting Google's search moves in China for months, if not years, with an approach focused more on partnerships. Cooperation with internet leader Tencent Holdings Ltd. stands out. Google struck a long-term patent deal with the Chinese company, the owner of WeChat, and said it would usher in further tie-ups. The U.S. company also launched a game available exclusively on WeChat and invested $550 million in Tencent-backed e-commerce site JD.com.

Yet relations between China and Google's home country have soured recently amid trade tensions. Facebook's attempt to open an innovation hub was rejected while Qualcomm Inc. walked away from the chip industry's biggest deal when mainland regulators didn't approve it.

It's hard to imagine Chinese authorities deciding Google's fate without considering the political climate, said Charles Mok, a legislative counselor in Hong Kong. "Anything that has to do with big American companies now has to do with the U.S.-China trade war," he said.

(This story has not been edited by NDTV staff and is auto-generated from a syndicated feed.)
Comments
GoogleChinaApplication