Ukraine has a deep IT workforce that has been able to launch cyberattacks against Russia, breaking into their communications. 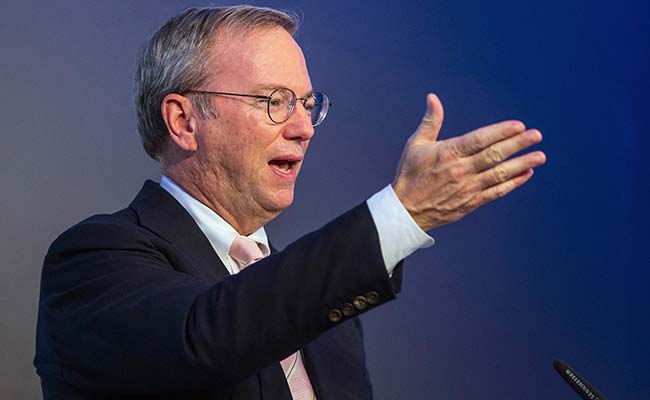 Ukraine has been a very effective proving ground for the use of contemporary information technology in war, from satellite dishes to smartphone apps, Eric Schmidt, the former Google chief executive, said Monday. Schmidt, now a US government consultant on artificial intelligence, told reporters after a 36-hour visit to the country that the civilian tech sector has been crucial to Kyiv's defense.

The proof came the day after Russian troops invaded on February 24.

After a long stall, Ukraine's legislature came together to agree on a crucial step to protect all the government's data from Russian hackers and strikes.

"In one day, they had a meeting of the parliament and changed that law... they moved all their data from government servers in Kyiv to the cloud," Schmidt said.

"The war gave everybody a political excuse to do the right thing," he said.

The second crucial move came with US tech billionaire Elon Musk's donation of access to his Starlink satellite-based broadband system, effectively insulating both the public and Ukrainian military from a Russian assault on telecommunications.

Musk and donors sent in some 20,000 ground terminals with small dish antennas that allowed everyday transmissions as well as helping fighters with targeting data. That stymied a key goal of the Russian attackers.

"Elon Musk is genuinely a hero here," said Schmidt. "This allowed the strategy of shutting down the internet by the opposition to fail."

A function called "E-Enemy" was added to the popular Diia app used for government services that permitted people to report things such as damage from shelling, or Russian troop sightings.

And an encrypted Swiss chat service called Threema allowed users to send such data to the military without exposing their identities.

The military would get thousands of such reports every day, said Schmidt, and filter them with artificial intelligence programs.

"So if you think about that, here's what they had: they had an internet that stayed up, they had their government data protected," and a way for citizens to give them intelligence information, he said.

Ukraine, long an incubator for programming as well as illegal hacking skills, has a deep IT workforce that has been able to launch cyberattacks against Russia, breaking into their communications.

The country has also skillfully used biometric and facial recognition techniques to identify Russian troops involved in atrocities, such as the massacre in Bucha early in the war.

In addition, Ukrainian programmers have been skilled in making drones useful in the war.

"I can just report that based on my small amount of data, the Ukrainian tech industry really did make a contribution to the front," said Schmidt.