Read inOther Languages
This Article is From Dec 10, 2020

On this day in 1979, Sir W Arthur Lewis was jointly awarded the Nobel Memorial Prize in Economics for his work to model the economic forces that impact developing countries. 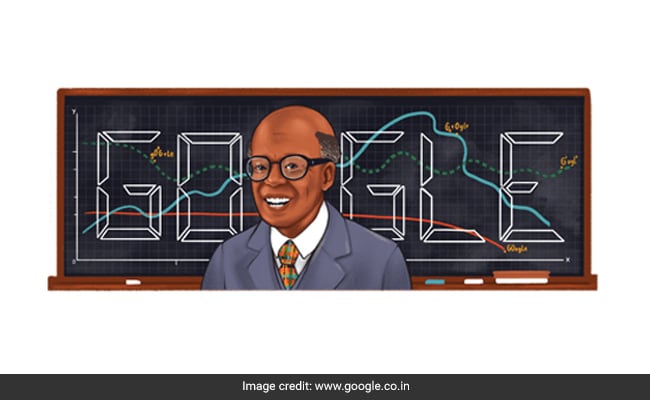 Google today honoured economist, professor, and author Sir W Arthur Lewis with a doodle, illustrated by Manchester-based artist Camilla Ru. On this day in 1979, Sir W Arthur Lewis was jointly awarded the Nobel Memorial Prize in Economics for his work to model the economic forces that impact developing countries.

One of the pioneers in the field of modern development economics, Sir Lewis was the first Black faculty member at the London School of Economics, first Black person to hold a chair in a British university, and the first Black instructor to receive full professorship at Princeton University.

Sir Lewis was born on January 23, 1915, in the Caribbean island of St Lucia. His parents, both school teachers, were immigrants from Antigua. He complete his school curriculum at the age of 14 and went to work as a clerk in the civil service. In 1932, he won a government scholarship and went on to study at the London School of Economics. Despite facing racial discrimination, at the age of 33, he became a full professor - one of the highest distinctions of a tenured professor.

Sir W Arthur Lewis contributed immensely to the United Nations and shared his expertise as an adviser to governments in Africa, Asia, and the Caribbean. He also helped establish and served as the first president of the Caribbean Development Bank.

In honor of his lifelong achievements, the British government knighted W Arthur Lewis in 1963.