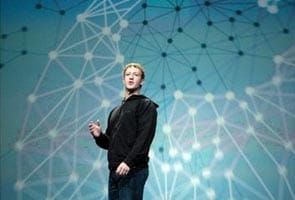 San Francisco: In Silicon Valley, going public used to be the ultimate rite of passage for a start-up -- a sign it had arrived.

With its $500 million infusion from Goldman Sachs and other investors, Facebook is now flush with cash, and a market value of about $50 billion, giving it the financial muscle it needs to compete with better-heeled rivals like Google. (Read: Goldman Sachs invests $450 mn in Facebook)

And Facebook hopes for an even bigger advantage from the deal, the ability to delay an initial public offering. That would allow it to remain free of government regulation and from the volatility of Wall Street. It would also allow Mark Zuckerberg, the company's chief executive, to retain near absolute control over the company he co-founded in a Harvard dorm room in 2004.

This strategy was unthinkable in Silicon Valley just a few years ago, when hundreds of start-ups with scant revenue and no profits, like Pets.com and Webvan, raced to go public, and investors eagerly lined up to buy their shares.

Lots of people would stand in line to buy shares in Facebook, but for now, only an exclusive few -- wealthy clients of Goldman Sachs -- will be able to. On Monday, Goldman e-mailed certain clients, offering them the chance to invest in the company.

That offer is the latest sign of the emergence of active markets in the shares of closely held companies. Those markets are helping successful start-ups like Facebook develop the financial wherewithal to compete in the big leagues of business. They have also become an avenue for venture capitalists and start-up employees to cash in their stock, turning many overworked engineers into instant millionaires.

And so a young mogul like Mr. Zuckerberg, the world's youngest billionaire at age 26, can enjoy many of the benefits of going public without having to tie the knot with Wall Street. Other hot technology companies like Twitter, Zynga and Groupon are also tapping secondary markets to keep stock market investors at bay. They are in no rush to go public and no longer need the bragging rights that a stock offering used to bestow.

"This is a topsy-turvy world," said Scott Dettmer, a founding partner of Gunderson Dettmer, a law firm that has advised venture capitalists, start-ups and entrepreneurs since the 1980s. He added that even a few years ago, "there were all sorts of business reasons to go public, but for entrepreneurs it was also a badge of honor."

Perhaps more than any company founder, Mr. Zuckerberg, who declined to comment for this article, has frequently expressed his disinterest in Wall Street, though Facebook is clearly not above taking its cash. He passed on opportunities to make a killing, for example, when, at age 22, he rejected billion-dollar offers for Facebook.

"Mark would absolutely prefer not have an IPO until he absolutely has to," said David Kirkpatrick, the author of "The Facebook Effect." "He absolutely doesn't want to sacrifice control because he believes that his vision is necessary to keep powering the company forward."

Mr. Zuckerberg's quest to keep Facebook private, though, will not last forever. Federal regulations require companies with 500 or more investors to disclose their financial results, eliminating one of the principal advantages of staying private.

The Goldman Sachs investment, for a stake of less than 1 percent in the company, is formulated in part to skirt those rules. But it may help for only a limited amount of time. The Securities and Exchange Commission is investigating private company trades in secondary markets, and regulators may decide that what is good for Facebook is not necessarily good for the investing public.

Still, the huge cash infusion is a coup both for Mr. Zuckerberg, who is said to own about a quarter of the company, and Facebook. The deal gives the company cash to hire employees or build data centers.

It also puts Facebook, which makes most of its money through advertising, on a path to surpass Google, by some measures, as the most successful Internet company to come out of Silicon Valley. Facebook is on track to bring in as much as $2 billion in revenue this year.

The deal with Goldman values Facebook at nearly twice the $27 billion that Google was worth after its first day as a public company in August 2004. Google did not cross the $50 billion mark until about six months later.

The two companies have become enemies, but their founders share a deep suspicion of Wall Street, born in part from witnessing the devastation that followed the dot-com bubble. Like Mr. Zuckerberg, the founders of Google, Larry Page and Sergey Brin, set up two classes of shares, which kept them in control after the public offering. They also vowed not to be beholden to short-term investors.

Mr. Zuckerberg is exhibiting many of the same misgivings about the stock market. Mr. Zuckerberg has frequently demurred when asked about an eventual public offering. One of Facebook's earliest investors said recently that the company would not go public before 2012.

But Mr. Zuckerberg is benefiting from the fast-growing market for trading in the shares of privately held tech companies, which the Google founders did not have. Through private exchanges like Secondmarket and Sharespost, and through direct transactions between investors, closely held companies, their investors and their employees have been able to sell their shares to others. For start-ups today, that has opened new options to going public.

"Companies have financing alternatives that they didn't have," said Marc Bodnick, a managing partner at Elevation Partners, which invested in Facebook in the last year.

Those alternatives have become more attractive for companies, in part because of the increased regulations imposed on public companies but also because of the rise in short-term trading, which leaves some executives feeling they have lost control of their companies.

Ben Horowitz, a partner with Andreessen Horowitz, a venture capital firm, said the cost of being a public company had risen to about $5 million a year, from about $1 million a year. Mr. Horowitz, an early employee of Netscape, said that such costs would have eaten into the meager profits of the pioneering Internet company when it went public in 1995. Additionally, accounting and legal requirements have become distractions for many start-ups, said Mr. Horowitz, whose firm is an investor in Facebook.

Those distractions are bothersome for strong-willed entrepreneurs like Mr. Zuckerberg.

"If you're 30 years old and you think you're building a business that's going to be a 100-year-old business, what year you're public doesn't really matter," Mr. Bodnick said. "But if you think the steps you're taking are laying the groundwork to long-term strategic growth, it's good to be quiet, it's good to be out of the light."

Still, some experts say that the option to remain private is a luxury that only few start-ups will be able to enjoy.

"Things have changed dramatically for the 2 percent of companies that stand out from the pack like Facebook," said Lise Buyer, the principal of the Class V Group, which advises private companies about going public. Ms. Buyer, a former Google executive who was involved in its public offering, added: "If you are a semiconductor, or a biotech company, or an enterprise software company, you are not going to have investors throwing money at you without any disclosure."