David Solomon, 56, is widely expected to become the next CEO of Goldman Sachs after his boss, Chief Executive Officer Lloyd Blankfein. 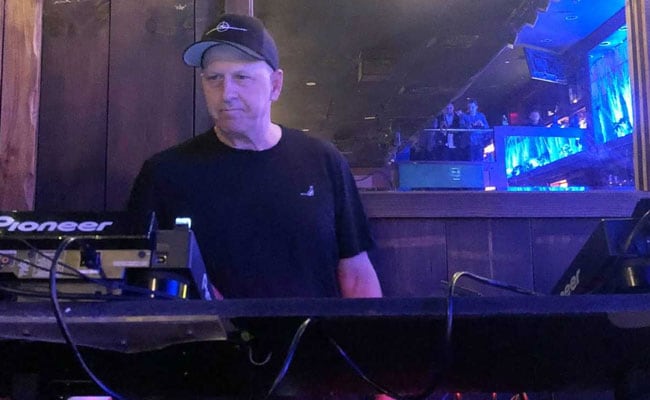 David Solomon, co-president of Goldman Sachs has a hobby of spinning records at nightclubs (Reuters)

On Saturday night, a Reuters journalist watched Solomon perform a set of house-style electronic music at a lounge in Lower Manhattan hosted by graduates from Solomon's alma mater, Hamilton College. The charity event, held in support of families of people with drug addiction, intended to "shatter the stigma of addiction and to aid in the fight against the opioid epidemic," according to a description on its Facebook page.

A student reached out to Solomon, a member of Hamilton's board of trustees, to participate in the event, according to one of the attendees. Asked by Reuters if added responsibilities at Goldman would conflict with his DJ time, Solomon declined to comment.

Solomon, 56, is widely expected to become the next CEO of Goldman Sachs after his boss, Chief Executive Officer Lloyd Blankfein, told the bank's board of directors earlier this year that Solomon should be the top pick. That led Harvey Schwartz, who shares the titles of co-president and co-chief operating officer with Solomon, to announce last that he would depart the Wall Street bank on April 20.

Decked in all black and wearing a baseball cap, Solomon opened his set with a house-music version of "The Pink Panther Theme," a song associated with shows and movies represented by a pink cartoon cat.

People at the event were mostly in their late 20s and early 30s and knew Ted Barrett, a Hamilton graduate who died in 2016.

Money raised from the $150-per-person tickets went to a charity called Shatterproof, an organization that helps families of people suffering from addiction run by Gary Mendell, a longtime hotel industry executive. Activities centered around "Ted's favorite things," included a scavenger hunt, according to event materials.

Nearly 200 people attended the event, which had an open bar.

Asked if Solomon was paid for his appearance, organizers did not immediately respond.

Promoted
Listen to the latest songs, only on JioSaavn.com
Solomon, who majored in government at Hamilton, said in a Goldman Sachs podcast last year that he "kind of stumbled into (DJing) as a hobby, and now I just do it for fun."
© Thomson Reuters 2018