He Terrorised Victims With Noises, Drawings Before Going For The Kill 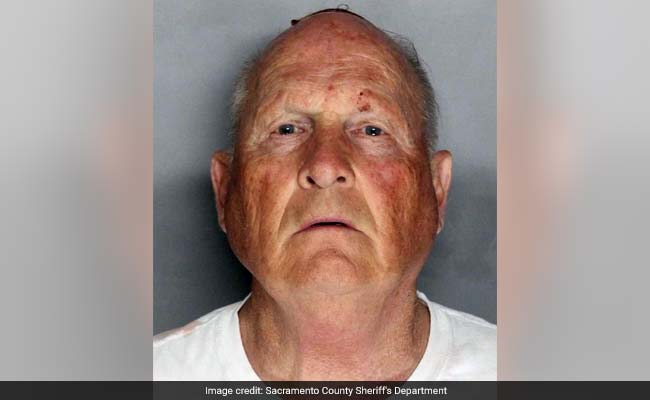 The Golden State Killer was one of the most prolific predators in U.S. history.

On Friday, a judge unsealed parts of the arrest warrant for Joseph DeAngelo - the 72-year-old former police officer who is accused of committing serial rape and murder across California beginning 40 years ago.

The heavily redacted document describes how police finally found the so-called Golden State Killer suspect by his DNA - tracking DeAngelo through a genealogy website and finally rooting through his trash. The Washington Post's TJ Ortenzi has written about those revelations in another article.

But the majority of the warrant documents - dozen and dozens of pages - are devoted to retelling those long-ago crimes. It's a remarkable document, even if much of it is blacked out: a chronicle of a serial predator who traveled invisibly, attacked fearlessly, and terrorized many victims with strange noises and bizarre drawings before closing in for the kill.

You can read the most disturbing elements below.

- He may have stalked his victims through drainage ditches

The Golden State Killer was one of the most prolific predators in U.S. history, sometimes invading different houses on consecutive nights, sometimes returning to the same neighborhood so often that the people who lived there slept in shifts. He terrorized the suburbs of Sacramento, and, later in his spree, near Los Angeles, hundreds of miles to the south.

Again and again, the police affidavit mentions homes that back onto drainage channels, or back onto river levees, suggesting the killer may have used the terrain to remain invisible - until he was ready for his victims to see him

- To meet him was invariably terrifying

One victim woke in the middle of the night to the sound of wind chimes, police wrote. She looked out her bedroom window, and saw a man trying to pry off the screen.

One woman was lying in bed with her 3-year-old son when she heard the hallway light switch on. Another woke at 2 a.m. to a bright light shining straight into her face.

Sometimes, the Golden State Killer came silently, but often he seemed unconcerned with the clatter of his approach. And for too many victims, knowing that he was coming was not enough for them to escape.

One woman, alerted to a suspicious vehicle in the neighborhood, "walked through her house, checking the doors," police wrote. "When she turned around the suspect was standing there with a gun pointed at her."

Another - the same woman who had waked to a man trying to pull off her window screen - woke up her daughters and ran to her phone to call for help. Before she could dial, she heard a curtain rod fall to the floor, then looked up to see a man's silhouette standing in front of her.

- When he attacked, he showed no fear

Though most of the attacks described in the affidavit are heavily redacted, what's left reads like a compendium of horror stories.

Take the second known attack, at a house near Sacramento on the early morning of July 16, 1976.

The man who lived there woke before dawn to go to work. He heard footsteps outside, in the back, by the pool.

"He heard another noise a few minutes later, but didn't investigate," the affidavit reads.

It was still dark outside at 5 a.m. when the man walked into his garage and hit the button to open the door.

As the door began to open, he heard footsteps again.

In the gap between the floor of the garage and slowly-yawning door, a pair of hiking boots appeared. The man noticed the soles of the boots looked unusually thick.

And then the man in boots was ducking under the garage door, coming straight at him. He wore a ski mask and gloves, and carried some sort of makeshift club.

The homeowner tried to get into his car, but there wasn't time before blows came crashing down on his head and his body. He crawled under the vehicle to escape them.

The intruder tried to yank him out, pulling the man's pants halfway off in the struggle. Then he left, taking nothing but the man's wallet before he disappeared.

The man had been relatively fortunate. His daughter had moved out a few weeks before the attack, police wrote.

But the Golden State Killer returned to the neighborhood the very next night - to a house few blocks away, where he found two teenage sisters asleep in their beds.

The murders of Brian and Katie Maggiore in February 1978 marked a dark shift in the attacker's habits. While it's possible that he had killed or tried to kill before then (see below), he would stop leaving any victims alive shortly after he gunned down the married couple as they walked their dog in the Cordova Meadows subdivision, outside Sacramento.

Some have suggested these first killings were haphazard - lacking the meticulous planning, brutally personal violence and sexual sadism of the Golden State Killer's subsequent killings. But a police detective researched 30,000 criminal reports leading up to the Maggiores' deaths and included in the affidavit a disturbing pattern of incidents in Cordova Meadows, almost as a prelude to the deaths.

A young couple in the neighborhood told police they had come home one night, several weeks before the murders, to find their house broken into. Only the wife's underwear was missing. When they were broken into a second time, police wrote, nothing had been taken at all.

One woman kept finding shoe prints in her yard, and the gate constantly left open. More disturbing, police wrote, she found drawings left on her bedroom window that appeared to have been written in "bodily fluids."

There were several other prowlings, break-ins and burglaries in Cordova Meadows that winter. Several residents in the neighborhood received silent hang up calls. One woman got such a call every night at 8 p.m. for a week straight - right up until the night of the murders of Brian and Katie Maggiore, and then never again.

Shortly after the murders, the Golden State Killer relocated to southern California, though it would be years before DNA evidence linked all the crimes.

- He may have had a deadly warm-up act

But the affidavit hints at what has long been a theory among amateur investigators of his crimes - that he had a sort of warm-up act in 1974 and 1975, coinciding with DeAngelo's first job as a police officer.

In less than two years, an astonishing number of 120 burglaries took place in the tiny town of Visalia, California - about midway between the two hubs of the Golden State Killer's later sprees, Sacramento and Los Angeles. Visalia was also a 10-minute drive from Exeter, where DeAngelo worked as a patrol officer.

The Visalia Ransacker would typically break in when no one was home and take personal mementos, as would the Golden State Killer when the rape spree began two years later and hundreds of miles away.

But at least two incidents in Visalia turned violent.

In a paragraph that is almost entirely redacted, the affidavit mentions the shooting death of a college professor, Claude Snelling, who had confronted an intruder attempting to kidnap his daughter.

The affidavit also recounts the last night the burglar was seen in Visalia, at the end of 1975, and shortly before DeAngelo moved north to the Sacramento area.

A police officer caught the burglar peeping through a window that night, according to the police report, his ski mask lifted up over his face.

After a brief chase, he turned, removed his mask entirely, and begged the officer not to hurt him.

"The suspect's voice [w]as juvenile and effeminate," reads the report. But as he raised one hand over his head, he kept the other in his jacket pocket.

Then, even as he begged the officer for mercy, the man pulled a handgun from the pocket and fired.

The officer was saved only because the bullet struck his flashlight, "embedding in the battery." As he fell backward, the prowler jumped a fence to escape.

Promoted
Listen to the latest songs, only on JioSaavn.com
"This pattern of explosive violence followed by escape when cornered would repeat itself in the series," reads the affidavit - presumably referring to the many rapes and murders to come.

Two Rockets Fired Near US Embassy In Baghdad: Reports