"He said he acted due to political and religious reasons, against Bolsonaro's prejudices," Pedro Possa said in a phone message. "He acted without anyone else's participation nor on anyone's order." 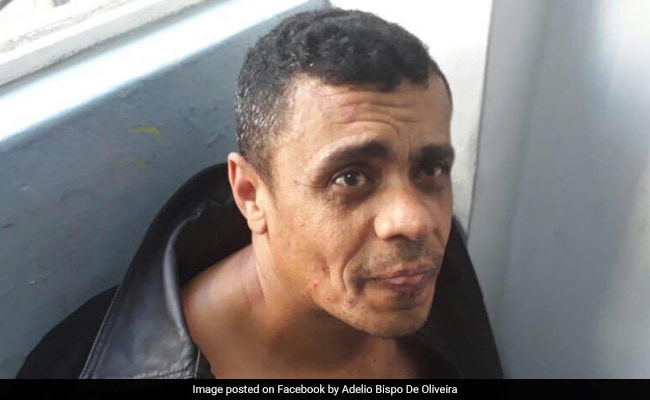 The man who stabbed Brazil's presidential front-runner, Jair Bolsonaro, at a packed street rally said he was acting on divine orders, according to a video obtained by local news outlets.

Adelio Bispo de Oliveira, 40, was detained Thursday after witnesses said he carried out the attack against the far-right candidate in the southeast state of Minas Gerais. The moment was captured on video, the politician wincing as the knife plunged into his gut. De Oliveira confessed and said he acted alone, his lawyer said Friday.

"He said he acted due to political and religious reasons, against Bolsonaro's prejudices," Pedro Possa said in a phone message. "He acted without anyone else's participation nor on anyone's order." 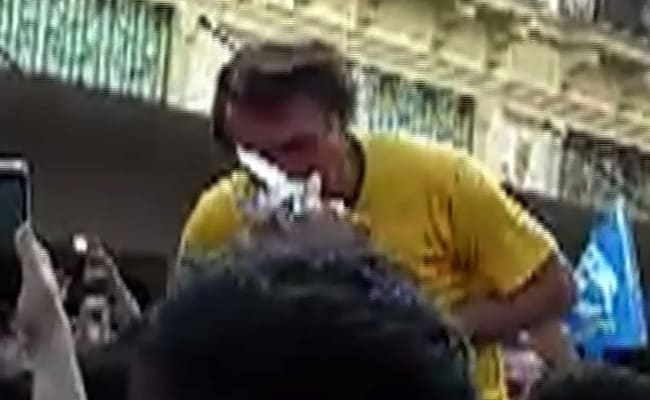 A Facebook page in de Oliveira's name that dates back several years features posts criticizing Bolsonaro, and others purporting to expose a Freemason conspiracy. The profile contains an "About" with only one sentence:

"It doesn't matter for which party you fight, nor the ideology you believe or the faith you practice, if you take pleasure in the triumph of justice, then we are all brothers!!!"

In May, he posted a photo of himself at a small protest beside a hand-made sign reading "Useless Politicians." In early July, he checked into a shooting club in southern Brazil and, later that month, changed his profile picture to the scales of justice.

In the video posted on local news websites, de Oliveira says no one but "God above" ordered him to carry out the attack.

In recent years, the attacker had begun talking to himself, responding out loud to television political news, and presenting disturbing ideas to relatives, his niece Jussara Ramos told BuzzFeed. Possa declined to comment about his client's mental health.

De Oliveira isn't affiliated with any political group although he was a member of the Socialism and Liberty Party between 2007 and 2014, local magazine Veja reported.

Bolsonaro is in "good condition, continuing treatment in ICU," doctors at Albert Einstein hospital in Sao Paulo said Friday. He underwent two hours of surgery to treat wounds to his intestine and contain severe internal bleeding the evening before, the doctors who treated him said at a news conference.

"I'm fine and recuperating!" Bolsonaro said it on his Twitter page Friday afternoon. Earlier, he said in a video recorded at the hospital by Senator Magno Malta he has "never done harm to anyone" and added he was prepared for a moment like this.