Germany's Angela Merkel Warns Against Anti-Semitism Ahead Of Gaza Protests

German police made some 60 arrests last Saturday while some 100 officers were hurt as a pro-Palestinian rally in Berlin turned violent. 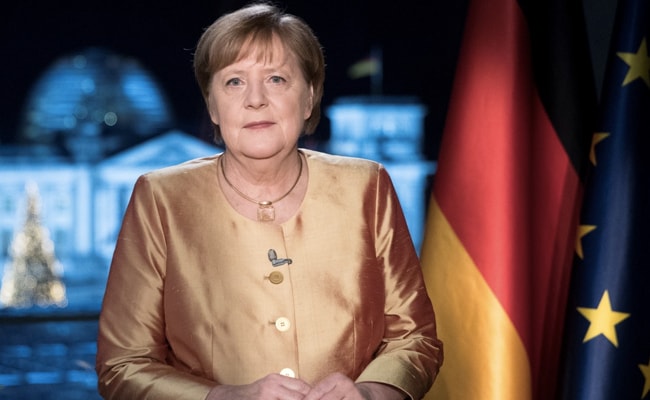 German Chancellor Angela Merkel on Saturday warned against any show of anti-Semitic or racist behaviour ahead of expected weekend pro-Palestinian rallies in the wake of days of fighting in the Middle East.

Several German cities saw pro-Palestinian demonstrations during the deadly 11-day conflict between Israel and Hamas, the Islamist movement which controls the Gaza Strip, prompting Merkel to issue a call for calm.

"Those who bear hatred towards Jews in the street, those who incite racial hatred put themselves outside our Basic Law," Merkel declared in her weekly podcast.

"Such acts must be punished severely," she insisted.

German police made some 60 arrests last Saturday while some 100 officers were hurt as a pro-Palestinian rally in Berlin turned violent.

Some participants at marches in towns across Germany shouted anti-Semitic slogans, which Merkel blasted as "unacceptable". Others burned Israeli flags and in one case stoned the entrance to a synagogue.

Merkel noted that Germany's constitution "guarantees the right to freedom of expression and peaceful assembly. But it offers no place for attacks on people of a different confession, no place for violence, racism or denigration" of others and their beliefs.