The gunman posted a video of the attack on the Twitch livestream platform owned by Amazon, the company said. 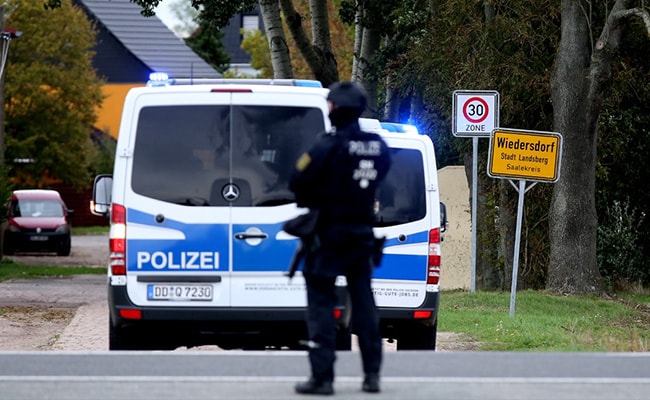 At least two people were shot dead on a street in the German city of Halle on Wednesday.

An anti-Semitic attack that killed at least two people in the German city of Halle Wednesday was streamed live for 35 minutes, and eventually seen by some 2,200 people, the online platform Twitch said.

"The account owner streamed this horrific act live on Twitch for 35 minutes, during which time it was viewed by approximately five people," the livestream gaming platform posted on Twitter.

"A recording of the stream, which was automatically generated based on the account's settings, was viewed by approximately 2,200 people in the 30 minutes before the video was flagged and removed from Twitch," according to the platform, which is owned by Amazon.

In a copy of the video obtained by AFP but whose authenticity has not been confirmed by police, the gunman filmed himself launching into a diatribe against women and Jews, before carrying out an attack against a synagogue in the east German city on the holy day of Yom Kippur as well as at a Turkish restaurant.

According to Twitch, the account was created "about two months prior to streaming the shooting" and had only been used to attempt to stream once before.

"Twitch has a zero-tolerance policy against hateful conduct," it said.

"Once the video was removed, we shared the hash with an industry consortium to help prevent the proliferation of this content. We take this extremely seriously and are committed to working with industry peers, law enforcement, and any relevant parties to protect our community," Twitch said.

Twitch was acquired in 2014 by Amazon for $970 million, and has an estimated 15 million daily active users.

The shooter's method had disturbing similarities to those of the attacker in the deadly Christchurch mosque assault earlier this year.

The New Zealand shooting was livestreamed on Facebook in March, prompting governments to press social networks to prevent the airing of violent acts on their platforms.

German Chancellor Angela Merkel condemned Wednesday's deadly shooting, her spokesman said, adding an expression of "solidarity for all Jews on the holy day of Yom Kippur."