Israel said it attacked all of Iran's military infrastructure in Syria after Iranian forces fired rockets at Israeli-held territory the first time. 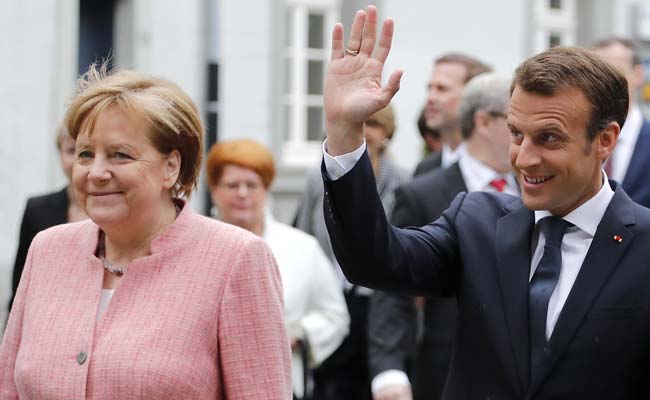 AACHEN, Germany: German Chancellor Angela Merkel and French President Emmanuel Macron have called on Israel and Iran to exercise restraint to avoid any further escalation of tension in the Middle East, a German government spokesman said on Thursday.

Israel has said it attacked nearly all of Iran's military infrastructure in Syria after Iranian forces fired rockets at Israeli-held territory for the first time.

In a laudatory speech for Macron who received the prestigious Charlemagne Prize for strengthening European integration, Merkel said in reference to Iran and Israel: "We know that this is an extremely complicated situation."

Promoted
Listen to the latest songs, only on JioSaavn.com
"The escalations of the past few hours show us that it is truly about war and peace. And I can only call on all sides to exercise restraint here," Merkel added.
© Thomson Reuters 2018