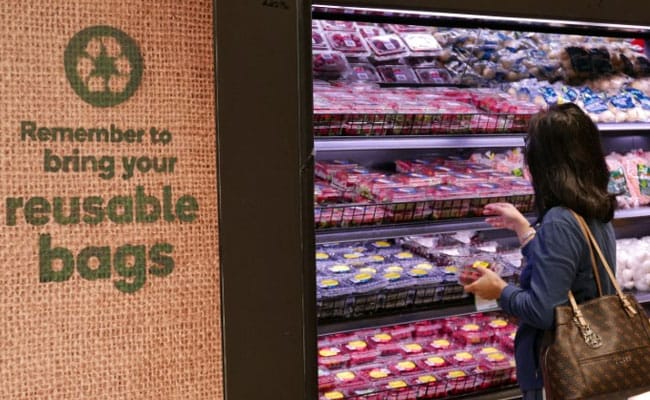 Major retailers in all but two Australian states will be fined if they supply single-use plastic bags.

Australia's biggest supermarket chains are scrambling to combat "bag rage" as frustrated shoppers vent their anger over the removal of single-use plastic bags.

One man put his hands around a supermarket worker's throat, the West Australian newspaper reported, while grocery stores are putting on more staff to help customers get used to the change.

"They just want a little extra help from us to get through the transition," said Claire Peters, Woolworths managing director, in an emailed statement.

After seeing the backlash at its rival, Coles said it would open every checkout lane on Sunday to reduce queue lengths as staff explain the changes to customers.

"We are taking a proactive step," a Coles spokesperson said in an emailed statement.

The union that represents Australian shop assistants has launched a public awareness campaign on the issue.

"While we understand that some customers may be frustrated by this change, there is absolutely no excuse for abusive or violent behaviour towards retail staff," said Gerard Dwyer, national secretary of the Shop, Distributive and Allied Employees' Association, in a statement on the union website.

The union conducted a survey earlier this week and of 132 members who responded, 57 said they suffered abuse due to the plastic bag ban.

More than 8 million tonnes of plastic ends up in the world's oceans each year, according to United Nations Environment Programme figures.

The U.N. wants to eliminate single-use plastic by 2022 and says more than 60 countries have so far taken steps to ban or reduce plastic consumption.

(This story has not been edited by NDTV staff and is auto-generated from a syndicated feed.)
Comments
AustraliaSingle use plastic ban