From Africa to the Middle East, France's new hawkishness 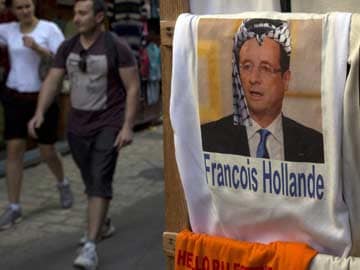 Paris: On the frontline in Libya and Mali, hawkish on Syria, uncompromising on Iran: France, long critical of the United States' role as the world's policeman, is emerging as the most interventionist of Western states.

France's uncharacteristically aggressive stance on the international scene comes at a time of apparently diminished influence, with its army squeezed by budget cuts, its economic clout dwindling and the emergence of new players such as Qatar, India or Brazil.

France has shown "that under different governments in recent years it has become the most hawkish Western nation on matters involving the Middle East and neighbouring areas," said Hussein Ibish, a Washington-based analyst at the American Task Force on Palestine, which works on trying to resolve the Palestinian-Israeli conflict.

He pointed out that France had "pushed the Libyan intervention, invaded and rescued Mali, was most enthusiastic about strikes against Syrian chemical weapons targets."

"And, on Iran, France refused to accept what it bluntly called a 'sucker's deal'," he added, referring to the stalemate in negotiations on Iran's disputed nuclear programme last week in Geneva, where Paris convinced Europeans and the United States that more concessions were needed from Tehran before signing a deal.

"Whether we welcome or regret it, France no longer plays the same role on the international stage that it did yesterday," columnist Bernard Guetta wrote this week in the Liberation daily.

Under the presidencies of the right-wing Nicolas Sarkozy and the Socialist Francois Hollande, the country has become "the most devoted among NATO nations to defending the security, principles and interests of the Western world."

For nearly 50 years, French foreign policy followed broad outlines set by post-war president Charles de Gaulle, who asserted that France should not rely on others in an international arena dominated by the Cold War.

He distanced France from the Soviet and US giants, as well as Israel -- a policy that continued under Socialist President Francois Mitterrand in the 1980s and 1990s, and culminated in 2003 when then leader Jacques Chirac refused to participate in the Iraq invasion.

At the time, US Republicans had called on Americans to boycott France and gleefully picked up on the Simpsons' description of French "cheese-eating surrender monkeys", while Paris condemned Washington's perceived aspiration to playing the role of the "world's policeman".

Ten years on, influential US senator John McCain tweeted "Vive la France" after the Geneva negotiations ended without a deal.

And New York Times columnist Roger Cohen pointed out that "the cheese-eating surrender monkeys of France... have become the world's meat-chomping enforcement tigers. As for the United States, it has, in the French view, gone a touch camembert-soft."

A decade of change

So what accounts for the change? Two presidents -- Sarkozy and then Hollande -- with more aggressive foreign policies than their predecessors, combined with the arrival of a new generation in the foreign ministry, army and secret services.

These diplomats, soldiers and intelligence officers cut their teeth on the September 11 terror attacks and the fight against terror in Afghanistan and the Sahel region on the southern fringes of the Sahara desert.

France also wants to make up for a relative vacuum left by the United States in the Middle East. After a decade of wars launched by George W. Bush in Afghanistan and Iraq, his successor Barack Obama has called soldiers home and shifted his focus to Asia.

"Countries like France are very much aware of the balance of power in the Middle East and they want to protect their interests," said Alireza Nader, a political analyst at the RAND think tank.

It's not just about "the (Iranian) nuclear programme, but also a power calculation and the balance of power in the Middle East," he added, pointing to France's protection of Israel and close ties with Saudi Arabia and the Gulf countries.

But in August, the bloody Syria conflict brought the French back to reality with a bang.

Following a deadly chemical attack in the suburbs of Damascus that shocked the world, Paris pushed hard for strikes on Syrian military facilities and thought it had convinced Washington.

But Obama's last-minute climbdown left Hollande alone on the frontline, and forced him to back down too.

Mustapha Al-Ani, an analyst at the Gulf Research Center think tank, says France lacks the means to match its political ambitions, and its diplomacy "remains dependent on US policy".

Promoted
Listen to the latest songs, only on JioSaavn.com
But Rami Khouri, the Beirut-based head of the Issam Fares political institute, is more positive, saying that while France cannot be as big a player in the Middle East as the United States, "it certainly can play a more dynamic, effective, and constructive role".