A Swedish daily in November 2017 published testimonies of 18 women claiming to have been raped, sexually assaulted or harassed by Jean-Claude Arnault 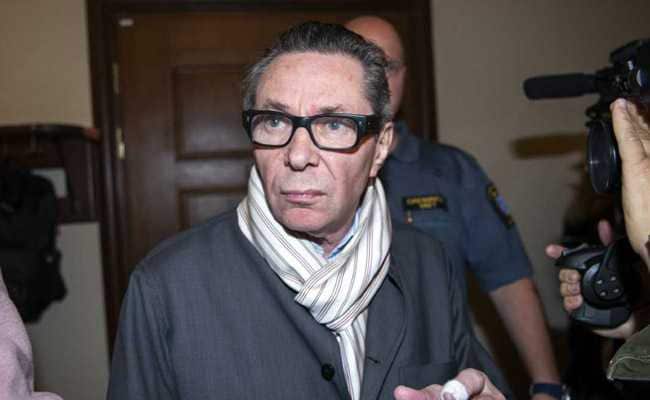 The man at the centre of a sexual assault scandal that prompted the Swedish Academy to postpone this year's Nobel Literature Prize denied two counts of rape at the start of his trial on Wednesday.

Frenchman Jean-Claude Arnault was an influential figure on Stockholm's cultural scene for decades, until the explosive sexual assault accusations against Hollywood mogul Harvey Weinstein sparked a wave of similar allegations around the world.

Married to Katarina Frostenson, a member of the Swedish Academy which has been selecting Nobel literature laureates since 1901, Arnault ran the Forum club in Stockholm.

It was a key meeting place for the cultural elite and a popular spot among aspiring young authors hoping to make contact with publishers and writers.

The case against him erupted a month after the rape and sexual abuse accusations against Weinstein which sparked the worldwide #MeToo campaign.

Swedish daily Dagens Nyheter in November 2017 published testimonies of 18 women claiming to have been raped, sexually assaulted or harassed by Arnault.

Wearing a dark suit as he appeared in Stockholm's district court on Wednesday to face two charges of rape against one woman, Arnault's only comment to the media was "leave me alone".

"My client denies the charges," his lawyer Bjorn Hurtig told the court.

The judge then ruled the proceedings would be held behind closed doors, as is common in rape cases to protect the victim.

According to the charge sheet, a copy of which was obtained by AFP, the 72-year-old allegedly forced the victim -- who was in a state of "intense fear" -- to have oral sex and intercourse in a Stockholm apartment on October 5, 2011.

Arnault is also accused of raping her during the night of December 2-3 in the same apartment while she was asleep.

He faces up to six years in prison if found guilty.

The victim, whose identity has not been disclosed, entered the courtroom after the opening of the trial, coming face-to-face with Arnault, according to the daily Expressen.

The scandal rocked the Swedish Academy due to its long-standing and close ties to Arnault.

An internal Academy investigation revealed that several members, as well as wives and daughters of members, had also allegedly experienced "unwanted intimacy" and "inappropriate" behaviour from the accused.

Elise Karlsson, a writer who was one of the 18 who spoke out in Dagens Nyheter, said she was working under precarious conditions in 2008 when she was 27 years old.

"I suddenly felt his hands on my buttocks (and) at no point had I shown any interest. I was shocked and told him 'do not touch me' and slapped him," she told AFP in a November interview.

Karlsson said Arnault later approached her and said she "would never find work" in the sector again.

According to Swedish daily Svenska Dagbladet, Arnault was born in Marseille in 1946 to Russian refugee parents. He arrived in Sweden in the late 1960s to study photography.

In a 2006 interview with Dagens Nyheter on his 60th birthday, he said he participated in France's May 1968 civil demonstrations.

He had close ties to some of the Academy's 18 members.

The Academy, founded in 1786, is traditionally known for integrity and discretion, with its meetings and decisions shrouded in secrecy.

The scandal has unveiled what critics have called "a culture of silence", "nepotism" and "stale macho values" within the prestigious institution.

Disagreements within the Academy on how to deal with the scandal divided its members.

Eight of them have either resigned or are on leave, including its first female permanent secretary Sara Danius.

The awarding of the 2018 Nobel Literature Prize has been postponed until 2019.

It is expected to select new members in the coming months to read the works of dozens of authors and select two Nobel laureates -- one for 2018 and another for 2019.