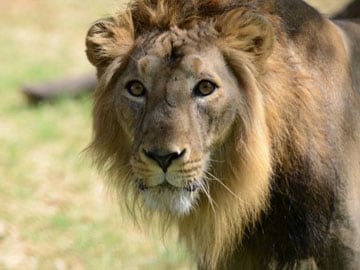 Paris: Three Asiatic lion cubs have been born in a French zoo in a major boost for the critically endangered species.

The cubs were born on December 30 in a zoo attached to the natural history museum in Besancon, eastern France.

"These births raise hopes for the survival of this endangered species," the zoo's veterinarian Melanie Berthet told AFP.

According to the museum, there are only 350 Asiatic lions left in the wild, all of them living in the Gir forest in India's western Gujarat state.

"There are 56 zoos across the world which have Asiatic Lions but only eight of them are in a position to breed," Berthet added.

The latest arrivals' eight-year-old mother, Shiva, was born in the same zoo. The father, Tejas, was born in Bristol in Britain five years ago.

The two lions were paired last year and Shiva gave birth to a first female cub in August.

Berthet said the mother was "raising the new cubs brilliantly". The father was being kept at a distance but was able to smell and see them and appeared to have accepted them.

Promoted
Listen to the latest songs, only on JioSaavn.com
She said the father would only be allowed to come into direct contact with the cubs in a month's time as there was still a risk that he could attack them.

Listed as endangered on the International Union for Conservation of Nature (IUCN) Red List, the Asiatic lion (panthera leo persica) was once widely distributed across southwest Asia.