Police were less enthusiastic about the stunt and took him into custody as soon as he reached the ground after the roughly two-hour climb up and down the building. 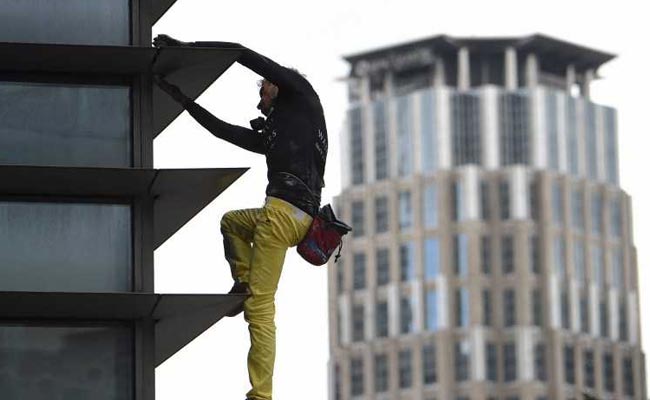 French urban freeclimber Alain Robert was arrested on Tuesday, police said, after he scaled one of Manila's tallest towers in his latest high-risk ascent.

"This is my path, this is my way of living. It is as important to me as eating, sleeping. I need that. It keeps me alive," he told reporters after completing the climb.

Police were less enthusiastic about the stunt and took him into custody as soon as he reached the ground after the roughly two-hour climb up and down the building.

He was being held on a charge of public disturbance and was awaiting a decision from prosecutors on bail.

Robert has scaled more than 100 structures without ropes or other safety equipment, setting a record for "most buildings climbed unassisted" according to Guinness World Records. 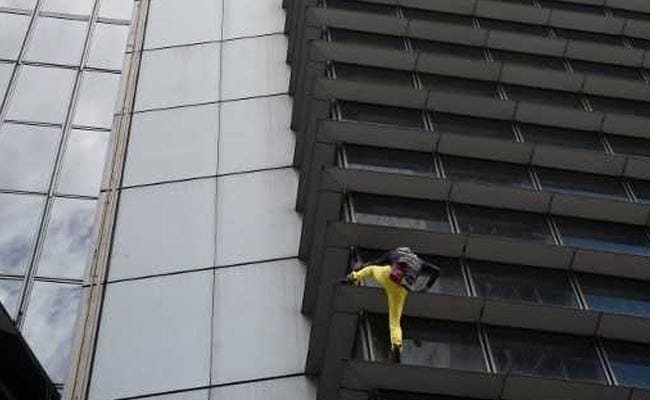 "This is my path and my way of living. It keeps me alive," Alain Robert said on being arrested.

His successes include many of the world's tallest skyscrapers and iconic buildings, such as the Eiffel Tower, the Sydney Opera House, the Petronas Twin Towers in Kuala Lumpur and the Burj Khalifa in Dubai -- where he used suction devices and a safety rope as it has no hand or footholds.

However in June he was foiled when he attempted to ascend a Seoul skyscraper, getting more than half way up the 123-storey Lotte World Tower before security forced him to abort.

Robert has suffered several severe falls while climbing and estimates his accidents have left him 66 percent disabled. He has been arrested numerous times for his exploits.