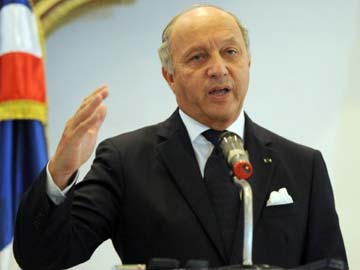 Paris: France on Sunday warned of "incalculable consequences" if the situation in Ukraine deteriorates, calling on Russia and on pro-Russian rebels in the former Soviet republic to de-escalate the crisis.

"When people are whipped into a frenzy and incidents proliferate, they can always boil over with incalculable consequences," he said on the eve of a meeting at which EU ambassadors will mull new sanctions against Moscow.

"It's not a question of going to war with Russia, that makes no sense. We must appeal for a de-escalation, in particular by the Russians and the pro-Russians" in Ukraine), he added.

On Sunday, pro-Russian militants in Ukraine presented a captured team of international observers as "prisoners of war", raising the stakes in the crisis as US President Barack Obama warned Moscow against "provocation".

Promoted
Listen to the latest songs, only on JioSaavn.com
Fabius said: "Obviously we have to say, in particular to the Russians, that each country's sovereignty must be respected. We respect Russian sovereignty the Russians should respect Ukrainian sovereignty."

The French minister said that ambassadors from the European Union's 28 member states meeting in Brussels on Monday will "prepare a new set of sanctions (against Moscow), the Americans are expected to reveal a new set of sanctions, and if things get even worse, there could be a third phase".