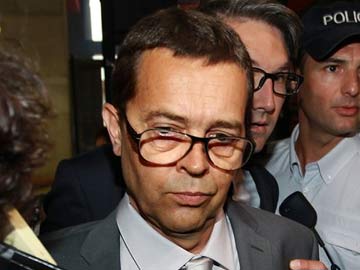 FILE - In this June 11, 2014 file photo, former Bayonne's hospital doctor Nicolas Bonnemaison arrives at the courthouse of Pau, southwestern France, for the first day of his trial on poisoning charges, for having given lethal injections to help seven term

A court in the southern city of Pau issued the verdict Wednesday in the case of Nicolas Bonnemaison, who had faced up to life in prison.

His lawyer Benoit Ducos-Ader said the decision was "enormous" and expressed hope it would weigh on growing debate in France on legalizing euthanasia.

Promoted
Listen to the latest songs, only on JioSaavn.com
Several relatives of the patients Bonnemaison helped die testified on his behalf.

The case had drawn nationwide attention and emotion amid mounting calls in France to legalize euthanasia. It is currently legal in the Netherlands, Belgium and Luxembourg.