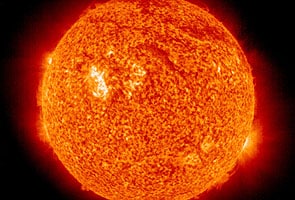 London: With 9.3 billion pounds sitting on the 2012 London Olympics, organisers have every reason to worry that a peak solar storm could hit the event.

The Games' organisers have admitted to monitoring the situation carefully after the Met office warned that the next solar storm may occur during the Games, the Daily Mail reported.

The Met office said it could cause a national grid failure up to 12 hours and damage 30 percent of satellites, disrupting communications, earth observation facilities and position navigation and timing services including GPS.

A weather expert said: "Extreme space weather events typically occur at the solar maximum, which itself follows a roughly 11-year cycle. The next solar maximum is expected around 2012-13 - potentially coinciding with the London Olympic Games."

The most powerful solar storm to hit earth was the 1859 Carrington event, which was blamed for telegraph systems failing in North America and Europe.
Comments
London Olympics2012 Olympicssolar storm