At a low-key commemoration ceremony to mark the January 7, 2015 massacre, Macron was joined by journalists from the magazine, members of his government and the mayor of Paris, Anne Hidalgo. 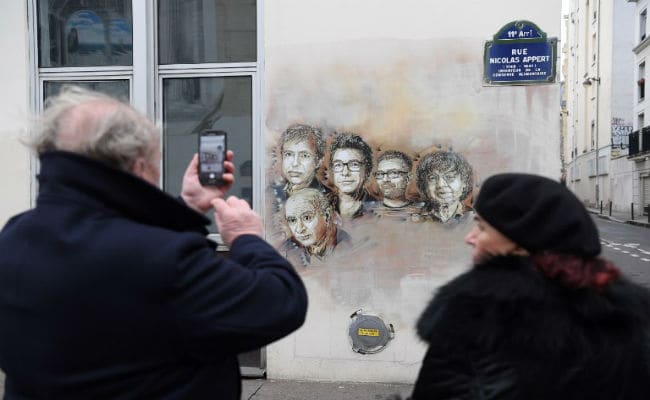 Paris, France: French President Emmanuel Macron laid a wreath on Sunday in honour of the slain journalists of satirical magazine Charlie Hebdo which faces falling sales and stifling security measures three years after it was attacked.

At a low-key commemoration ceremony to mark the January 7, 2015 massacre, Macron was joined by journalists from the magazine, members of his government and the mayor of Paris, Anne Hidalgo.

Two French jihadists who had sworn allegiance to al-Qaeda killed 11 people at Charlie Hebdo's offices in 2015 over the staunchly atheist magazine's satirical coverage of Islam and the prophet Mohammed.

The assault, which saw a policeman executed at point-blank range nearby, profoundly shocked France and marked the beginning of a series of jihadist attacks that have claimed 241 lives in total, according to an AFP toll.

"We must never forget these terrible days," Francois Hollande, president at the time of the attacks, wrote on Facebook on Sunday while saying France could be "proud" of its reaction to the bloodshed.

Charlie Hebdo, which prides itself on being provocative, returned to the murder of its famed cartoonists and writers in its latest issue which laid bare the struggles of the surviving staff.

"The 7th of January 2015 propelled us into a new world of armed police, secure entrances and reinforced doors, of fear and death," wrote contributor Fabrice Nicolino in a column.

"And this in the heart of Paris and in conditions which do not honour the French republic. Do we still have a laugh? Yes," he added.

The magazine pays between 1.0-1.5 million euros (1.2-1.8 million dollars) in security costs annually at its heavily protected offices which are at a secret location, its editor Riss wrote.

Sales meanwhile have fallen sharply since a wave of popular support -- a "Je suis Charlie" defence of press freedom -- following the bloodshed. It revived the financial fortunes of a business that has faced regular difficulties in the past.

Company revenues fell to 19.4 million euros in 2016, down from more than 60 million in 2015, according to figures first reported by the BFM news channel and confirmed to AFP by the magazine. 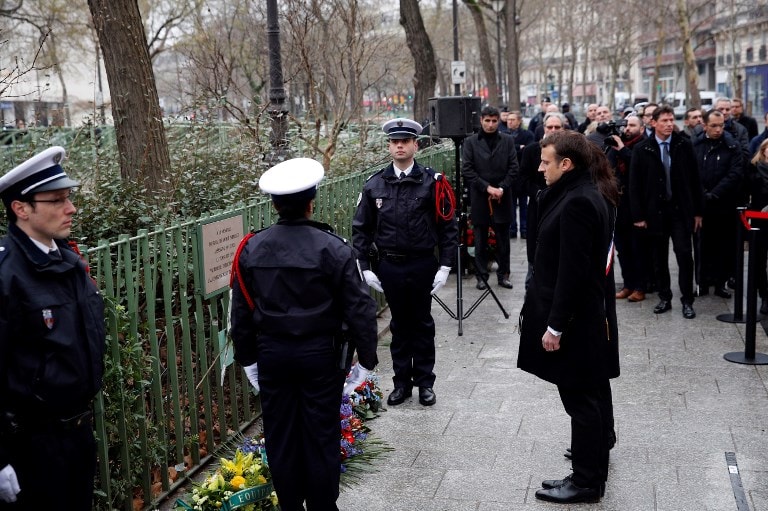 There was a low-key commemoration ceremony to mark the January 7, 2015 massacre

Its journalists and editors still regularly receive death threats and the magazine courted fresh controversy in November with a front-page on the Islamic scholar Tariq Ramadan who has been accused of sexually assaulting women.

The Swiss academic, who is widely read and followed in France, was depicted with a huge erection above the line: "I am the sixth pillar of Islam."

The magazine also regularly mocks Christian and Jewish leaders as well as politicians of all stripes.

Two days after the Charlie Hebdo attack, another French extremist took hostages at a Jewish supermarket in eastern Paris, killing four people before elite police raided the premises and shot him dead.

Anti-terror magistrates investigating the incidents are expected to finalise their probe in the next few months but have been unable to determine how the Charlie Hebdo killers -- Cherif and Said Kouachi -- coordinated with the supermarket shooter, Amedy Coulibaly.

Le Monde newspaper reported Sunday that 14 people had been charged in connection with the attacks and that investigators had traced the weapons to arms traffickers in north-east France and Belgium.

Relatives of the victims of the attacks had requested low-key commemorations on Sunday.

Outside the former Charlie Hebdo offices, wreaths were offered by Macron as well as representatives of the security forces and the Jewish community before a minute's silence was held in their honour.

On a cold and grey morning, the ceremony ended with the singing of the national anthem.

Promoted
Listen to the latest songs, only on JioSaavn.com
Macron also visited the Hyper Cacher supermarket attacked by Coulibaly, while Interior Minister Gerard Collomb will pay tribute on Monday to a policewoman murdered by the same man at a separate location in southern Paris.