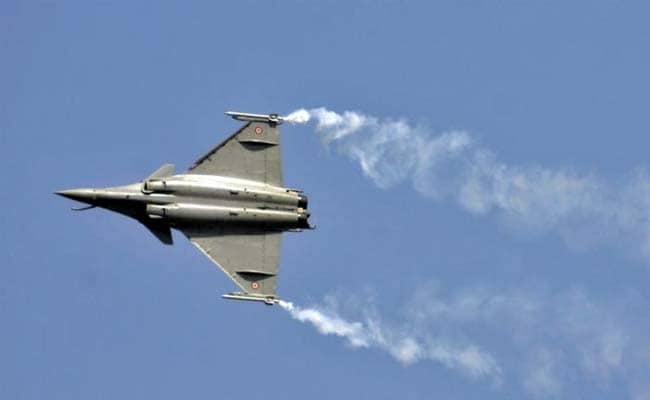 Paris: Qatar has agreed to buy 24 Dassault Aviation-built Rafale fighter jets in a deal worth $7 billion , the French government said today, as the Gulf Arab state looks to boost its military firepower amid regional instability.

Tensions in the Middle East with conflicts in Yemen, Syria and Libya, as well as concerns of Iran's growing influence in the area, have fuelled a desire across Sunni Gulf Arab states to modernise their military hardware.

The contract - the third this year for Dassault after deals to sell Rafale jets to Egypt and India - also includes MBDA missiles, and the training of 36 Qatari pilots and 100 technicians by the French army, a French Defence Ministry official said.

Hollande will travel to Doha on May 4 to sign the contract before heading to Saudi Arabia as an honorary guest at a summit of Gulf Arab leaders.

The Rafale sales have lifted French arms exports this year to about 15 billion euros and have been a welcome boost for Dassault, which had been under increasing pressure to sell the plane overseas after years of failures.

The French government said last year that it would slow the pace at which it takes delivery of Rafale jets to just 26 over the next five years instead of 11 every year.

Dassault is also in talks aimed at supplying 16 of the multi-role combat jets to Malaysia and has resumed discussions over potential fighter sales to another Gulf Arab state, the United Arab Emirates, the official said. A senior French diplomat said the talks with the UAE were "going pretty well".

A leading European defence analyst, however, said the Qatar deal could weaken the Rafale's chances of being chosen by the UAE, and boost the chances of the rival Eurofighter Typhoon.

"If recent history is a guide, now that Qatar has gone for Rafale, that should kill the Rafale's prospects in the UAE," said Francis Tusa, editor of Defence Analysis.

"It is possibly the only the good news for (Eurofighter) Typhoon, which has been languishing as both Rafale and Gripen have seen significant export sales recently."

Promoted
Listen to the latest songs, only on JioSaavn.com
The Eurofighter is built by Airbus Group, Finmeccanica and BAE Systems.

Brazil last year chose the Gripen, built by Sweden's Saab, over Boeing's F-18 Super Hornet and the Rafale in a $5.4 billion deal for 36 jets, which is still being finalised.
© Thomson Reuters 2015