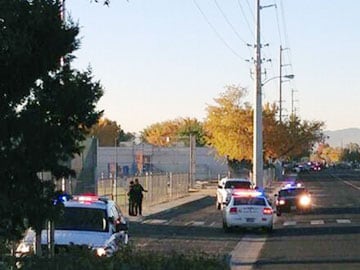 File photo: US police at a crime scene

New York: Police say a gunman killed three people in an early morning shooting in Brooklyn before killing himself.

The office of public information says the violence erupted early Monday, minutes after midnight, at a building on Maujer Street.

One person was also wounded on the arm and has been hospitalized in stable condition.

The office confirmed that all four died from gunshot wounds but did not provide any other details on how the shooting occurred, the victims or the suspect.

Police say they haven't determined yet what touched off the violence, but are investigating a possible link to a music band.

Promoted
Listen to the latest songs, only on JioSaavn.com
The office says police did not fire their weapons and reports of sniper fire on them are incorrect.