Frogs and toads are an important source to understand past climates as they are very sensitive to climate and environmental changes, researchers said. 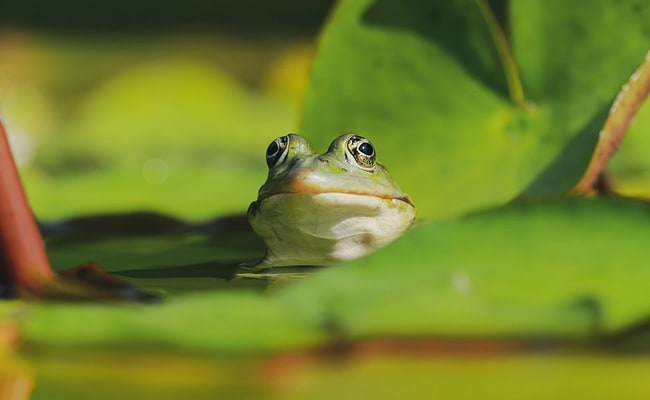 Frogs and toads are very sensitive to climate and environmental changes. (Representational)

Argentine paleontologists have uncovered fossilized remains of a rare species of frog that lived two million years ago, the science and technology agency at the La Matanza national university said Monday.

"We know very little about prehistoric frogs and toads," said Federico Agnolin, a researcher at the Natural Science Museum.

"Frogs and toads are very sensitive to climate and environmental changes, which makes them an important source to understand past climates."

The fossil was discovered 44 meters (144 foot) underground during the digging of a well in San Pedro, around 180 kilometers to the north of the capital Buenos Aires.

It consisted of a "very small humerus (arm bone) of a tiny amphibian, distinct from horned and tree frogs," said Angolin.

Despite the fossil's size, it was possible to identify the frog because Anuras, the tailless amphibians group to which frogs and toads belong, have a unique structure at the distal end of the humerus that forms the elbow joint, Angolin said.

"Discovering a new species of amphibian from the end of the Pliocene-beginning of the Pleistocene is a huge boon for Argentine paleontology," he added.

The Pleistocene geological epoch began around 2.6 million years ago.