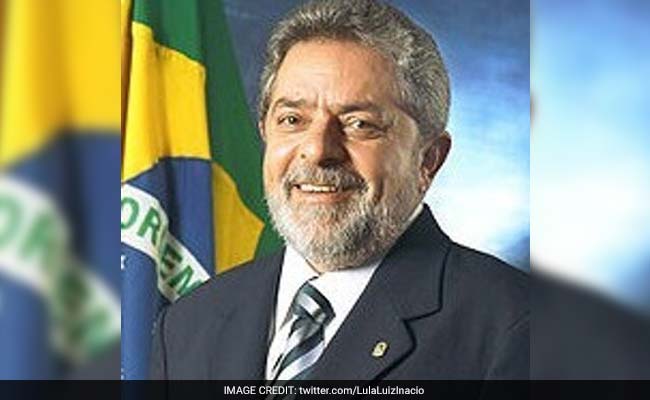 The decision published today names Silva and five others as co-conspirators in an alleged attempt to buy the silence of a former Petrobras director implicated in the scandal. A date for the trial has not yet been set.

The obstruction-of-justice accusation against Silva comes from a plea bargain testimony by former Sen Delcidio do Amaral, who was stripped of his seat by his peers and will also stand trial.

On Thursday, Silva's lawyers filed a petition at the UN Human Rights Committee alleging a lack of impartiality and abuse of power by another judge investigating the Petrobras scandal.

Silva, who is universally known in Brazil as Lula, denied any wrongdoing. "It is up to the prosecutors and federal police to prove what they say," he said.

His supporters say the latest decision by federal judge Ricardo Leite is retaliation for lodging the petition with the UN committee.

It is the first time that the former president Swill stand trial for charges related to the Petrobras scandal. He is also accused by Sao Paulo state prosecutors of money laundering and criminal misrepresentation in connection with an alleged real estate scheme that benefited him and his family.

Silva governed from 2003 to 2010. Despite a votes-for-bribes scandal that took down his chief of staff, he left office with record high popularity levels and his hand-picked successor, Rousseff, handily won the presidency. But his popularity has since been battered by corruption allegations and an economic downturn that undermined his successor.