Forget Trump, Will Have Tea At 10 Downing Street: Huawei CEO

The Chinese conglomerate's Founder and CEO Ren Zhengfei has stressed that the US campaign against the company would not be powerful enough to call on everyone to follow them. 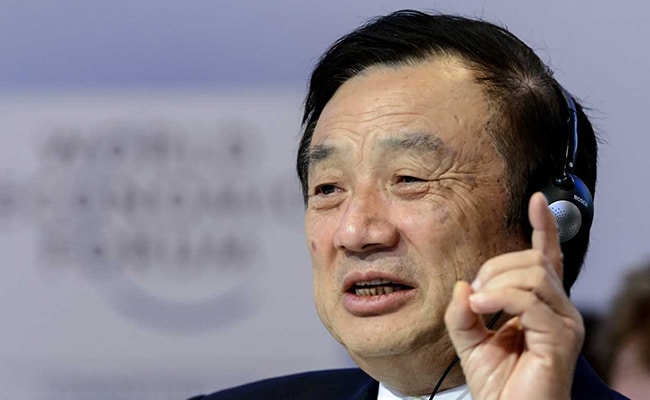 "The US campaign against Huawei will not be powerful enough," Ren Zhengfei said.

In a strong signal to US President Donald Trump, who is urging European allies to put pressure on or even block Huawei, the Chinese conglomerate's Founder and CEO Ren Zhengfei has stressed that the US campaign against the company would not be powerful enough to call on everyone to follow them.

Petrified at the Chinese dominance in the field of 5G - a technology that has the potential to grow from approximately $528 million in 2018 to $26 billion in 2022 at a compound annual growth rate (CAGR) of 118 per cent - Trump has imposed fresh restrictions on Chinese telecom giant Huawei in the US, followed by several American tech giants like Google, Qualcomm and Intel announcing to cut business ties with Huawei.

In a lengthy discussion with the Chinese media, Zhengfei denied that restrictions imposed by the US on its products and supplies will affect the roll-out of 5G technology.

"I used to have afternoon tea at 10 Downing Street. They asked me how I learned to catch up with the rest of the world, and I said it was the afternoon tea.

"Therefore, they received me with afternoon tea at Downing Street. We have been communicating with leaders of different countries. Every country has their own interests. The campaign of the US will not be powerful enough to call on everyone to follow them," the Huawei CEO told the media.

"In sectors where we have the most advanced technologies, at least in the 5G sector, there won't be much impact. Not just that, our competitors won't be able to catch up with us within two to three years," said a beaming Zhengfei.

"Even if there is an insufficient supply from our partners, we will face no problems. This is because we can manufacture all the high-end chips we need ourselves," he added.

The company believes in 1+1 policy - half of its chips come from US companies and half from Huawei.

"Despite the much lower costs of our own chips, I would still buy higher-priced chips from the US. We cannot be isolated from the world. Instead, we should become part of it. These relationships won't be destroyed by a piece of paper from the US government," Zhengfei told the Chinese media.

Anticipating a US backlash, the company's subsidiary HiSilicon which makes the Kirin chipsets for Huawei phones, has been reportedly stockpiling components and is confident about a steady supply of most products.

Another critical front where Huawei can see its market share slip significantly if it does not get Google's support for myriad of products like Maps, Search, YouTube and Play Store, without which, the life can't be imagined.

"Google is a good company - a highly responsible company. They are also trying to persuade the US government to solve this problem. We are both finding solutions and discussing possible remedies," said the Huawei ECO.

To mitigate the effects of the Google Android ban, Huawei has reportedly been working on its custom HongMeng operating system but it is in early days.

"We will certainly be able to continue serving our customers. Our mass production capacity is huge, and adding Huawei to the Entity List won't have a huge impact on us. We are making progress in bidding worldwide.

"Our growth will slow down, though not by as much as everyone imagines. In the first quarter of this year, our revenue grew 39 per cent over the same period last year. This rate may continue decreasing towards the end of this year. But the US ban will not lead to negative growth or harm the development of our industry," he hoped.