For 500 Euros, Anyone Can Buy an AK-47 in the Heart of Europe, Say Experts 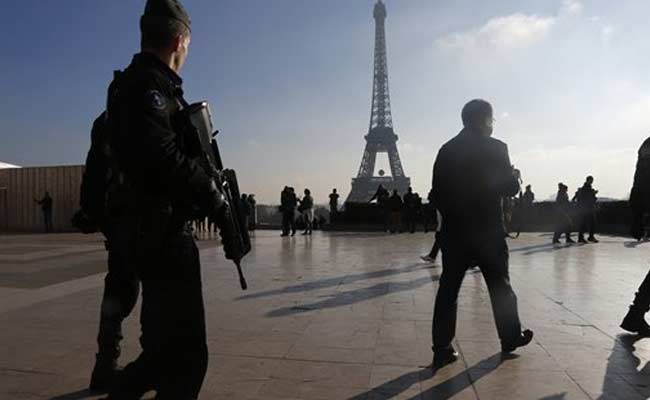 Sources say there are people who can ship assault rifles of the kind used in the November 13 Paris attacks. Probe reports suggest some of the weapons used in the attacks came from a batch made in Belgrade in the late 1980s.

Belgrade/Brussels: Need a Kalashnikov in Belgium? No problem, says "Nemac" the Serb; a few hundred euros will buy the gun and a place to stash it in a car or truck coming up from the Balkans.

A veteran of the Yugoslav wars, talking to Reuters at a drab truckstop outside the Serbian capital, Nemac doesn't smuggle guns himself, he says. But he knows people who can ship assault rifles of the kind used in the November 13 Paris attacks. He describes a trove of guns across the Balkans - a legacy of the Yugoslav military.

The main militant threat in Europe has long been the bomb. Yet over the past year, attacks by French and Belgian jihadists returned from Syria has brought fresh scrutiny of gun-running routes into the heart of Europe, for many years the domain of Balkan gangsters supplying criminals in western Europe.

The source of all the weapons used in the Paris attack is unclear but at least some were reported on Saturday to have come from a batch made in Belgrade in the late 1980s.

What is generally clear, however, is that arms are increasingly finding their way into the hands of extremists.

"There are plenty of nooks and crannies in a car or truck where you can hide a disassembled gun," said Nemac, whose nom de guerre means "The German". "People hide them in the fuel tank."

His associate Milan laid out the price list for weaponry filched from Yugoslav, Albanian and other arsenals: Up to 700 euros (dollars) for an AK-47 of Yugoslav manufacture; Albanian models and Chinese versions from Maoist Tirana come cheaper. "Silenced weapons cost more, sub-machine guns that are easier to conceal, they cost more," he added.

It's a shopping list that shows the scale of the problem facing Europe's police forces.

"The terrorist threat ... is operating on the boundaries between terrorism and serious crime," said Rob Wainwright, the head of EU police agency Europol, as he warned the European Parliament last week there could be further attacks using guns sold by Balkan crime networks to home grown Western jihadists.

The threat is not new. Nor is the connection from the Balkans to France and notably Belgium, where police data show nearly 6,000 firearms seizures a year, more than all France.

But efforts to crack down are struggling to keep pace with events and the proliferation of smuggling routes including from Libya and eastern Ukraine.

In May last year, Frenchman Mehdi Nemmouche, 29, back from Syria, used an AK-47, the classic Kalashnikov of the Soviet world, to gun down four people at the Jewish Museum in Brussels.

At Charlie Hebdo magazine and a kosher grocery in Paris in January, again Kalashnikovs were used, some acquired in Belgium like those carried by the man accused of trying to cause mayhem on a Brussels to Paris express train in August.

And then there were the guns used by three attackers to mow down 89 people at the Bataclan theatre during a rock concert.

Though bearing the Kalashnikov name, the traded guns are mostly versions made many years ago by state firms in Yugoslavia, Albania and China and have nothing to do with the modern-day firm. Kalashnikov itself could not be reached for comment.

"Arms smuggling is behind many acts of terrorism," he said that day, decrying "military arsenals fallen into the hands of civilians and mafias" in the former Soviet bloc and the Balkans.

But for all the new resolve of the European Union to tighten borders and close loopholes in laws that already effectively ban private ownership of rapid-fire assault weapons, Nemac, Milan and a jaded Serbian policeman doubt it can end the trade.

The Serbian police officer, who is involved in counter-trafficking operations, said investigators uncovered maybe a third of shipments at best. The problem was the sheer volume of weapons, he explained, recounting a tale of a man who told customs officers at Serbia's border with the EU that he was a musician and had nothing to declare but his old accordion.

When officers checked his car, there was a hole in the fuel tank that was patched with gaffer tape and there were 20 guns inside. On another occasion a handgun was discovered in a bag of pork scratchings, and a gun found hidden in a sandwich.

Balkan Black Market
There are an estimated 80 million firearms in the European Union already. But they are mostly tightly licensed or state owned. It is the availability of old military hardware on the black market that makes the Balkans a focus.

"You don't know where these weapons are, who holds them or how they are being used," said Ivan Zverzhanovski of the Clearinghouse for the Control of Small Arms and Light Weapons, a monitor of weapons proliferation based in Belgrade.

A week before the Paris attacks, Serbia announced that Serbian and French security agencies had rounded up a major gang running guns between the two countries. Few media reported it.

Almost simultaneously, German traffic police stopped a VW Golf driven by a man from Serbia's ex-Yugoslav neighbour Montenegro. They found eight Kalashnikov AK-47s, several handguns and explosives. His navigation system showed he was heading for Paris. No direct link has been found with the Nov. 13 attacks, but it is no isolated case.

The ease with which arms are crossing into the EU and then across Europe's open-borders Schengen zone is now contributing, along with the movements of the killers themselves and of hundreds of thousands of migrants, to calls for much tighter frontier checks and new internal EU controls.
Yet it seems impossible to eradicate entirely a trade in illegal guns that still flourishes inside the EU itself.

Indeed, there is some irony that Brussels, self-styled "capital" of the European Union and also home to the NATO military alliance, has become a marketplace for such hardware.
"If you have 500 to 1,000 euros you can get a military weapon within half an hour," said Bilal Benyaich, an expert on Islamist radicals at the city's Itinera Institute think-tank.

"That makes Brussels look more like a large US city," he added, contrasting it to the norm in Europe, where guns are rare and automatics rarer still compared to the United States.

Some of that is a legacy of past lax Belgian gun laws - they were tightened a decade ago - in a country that has long been a major manufacturer and exporter of firearms itself. Belgian police did not respond to requests for comment.

The sums Benyaich cites, up to 1,000 euros in Brussels for a Kalashnikov, represent only a 50- to 100-percent mark-up on the asking price at source, suggestive of the ease at which illicit guns are crossing Europe's borders despite the risks if caught.

"Once the deal is made, local sellers dismantle weapons and ship them," Belgrade contact Milan said. "The main difficulty is to enter the Schengen zone - Hungary - undetected. Once inside Schengen, a wise man would change vehicles two or three times.

"That means you need a network - and the more people get involved, the bigger is the chance of a leak to police."

One hurdle for Islamic State, especially after Paris, might just be the consciences of old soldiers like Nemac and Milan: "It's a dirty business," the former said of the trade. "No one from Serbia, no Christian, would knowingly sell arms to Islamic killers," Milan reckoned.

The EU is not counting on that, however, and has moved to tighten firearms rules this month.

It plans an EU-wide registration marking system for guns and common EU standards on deactivation - an AK-47 that killed Charlie Hebdo cartoonists was bought legally as a decommissioned collectors item in EU member Slovakia. And though illicit guns are also trickling in from elsewhere, notably Libya and eastern Ukraine, the EU is focusing on tighter control from the Balkans.

Other challenges lie ahead. If guns can be smuggled in sandwiches, they are also increasingly being traded online on the "dark net" or assembled from parts bought separately, some legally online. Technological progress brings new dangers.

Aware that 3D printers have been used to make viable guns, France has called for an EU ban on software to make them.

The stakes are high for European governments. As the Paris attacks showed, just a few weapons can make a huge impact.