Scientists said that threats such as nuclear war and climate change are so serious humans may have to eventually leave the Earth in order to survive as a species. 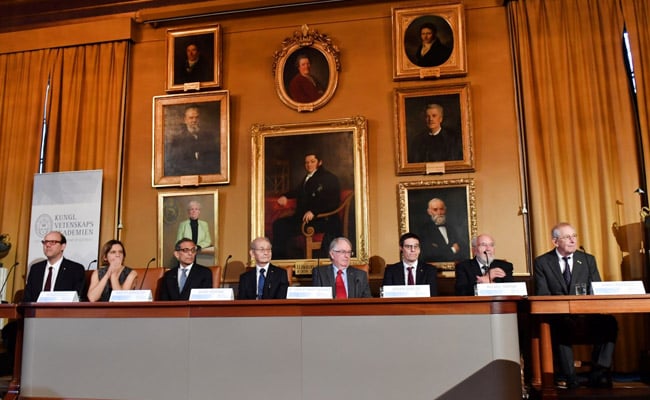 Fix the climate crisis and save the Earth, one of this year's Nobel laureates for physics urged on Saturday, saying the idea of humans escaping our planet to live in other solar systems was farfetched and unrealistic.

Swiss astronomer Didier Queloz, who shared the 2019 Nobel Prize for Physics for discovering planets orbiting distant suns, said he had heard the argument against fighting climate change because 'it doesn't matter because anyway we're going to leave the Earth at some point'.

"I think this is just irresponsible ... because the stars are so far away, I think we should not really have any hope, serious hope, to escape the Earth," Queloz said at a news conference in Stockholm where he is to collect his share of the 9-million-Swedish-crown ($910,000) prize next week.

"So we better spend our time and energy trying to fix it than trying to imagine that we will ... destroy it and leave it," he said.

Some scientists, including late cosmologist and theoretical physicist Stephen Hawking, have said threats such as nuclear war and climate change are so serious humans may have to eventually leave the Earth in order to survive as a species.

Briton Stanley Whittingham, awarded the 2019 Nobel Prize for Chemistry along with American John Goodenough and Akira Yoshino of Japan for inventing the lithium-ion battery, said a pragmatic approach was needed to the climate crisis.

"We've got to do things step-wise and have some solutions in mind," he said at the same event. "I think lithium batteries are going to help electrification of transportation, including big trucks, and in the U.S. it's already helping solar and wind take over from coal power plants."

The prizes for achievements in science, literature and peace were created and funded in the will of Swedish dynamite inventor and businessman Alfred Nobel and have been awarded since 1901. This year's award ceremony and banquet is on Dec. 10.

(Except for the headline, this story has not been edited by NDTV staff and is published from a syndicated feed.)
Comments
Physics Nobel Prize WinnerDidier QuelozClimate crisis