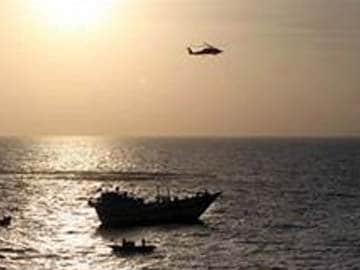 Attackers suspected to be pirates, shot dead five members of a fishing crew in the seas of the southern Philippines.

Zamboanga: Gunmen aboard a speedboat shot dead five members of a fishing crew in a mysterious attack in the seas of the southern Philippines, the coast guard said Saturday.

The five were part of a fishing fleet off the troubled southern islands of Sulu when the gunmen attacked them on Friday, said coast guard spokesman Lieutenant Jomark Angue.

Even as the five leapt overboard, the gunmen riddled them with bullets, then sped off. Only three of the bodies were recovered, he said.

The attackers were suspected to be pirates Angue added. But it was unclear why they would attack the fishing boat crew.

Law-enforcement sources said the attack might be part of an extortion attempt by armed groups operating in Sulu, an impoverished, heavily-forested group of islands.

Promoted
Listen to the latest songs, only on JioSaavn.com
Among the armed groups in Jolo are Muslim separatists who staged a bloody three-week siege in the southern city of Zamboanga in September.

The Al-Qaeda-linked Abu Sayyaf, a group known for the worst terror attacks in Philippine history, including bombings, kidnappings and banditry, are also active in Sulu along with other outlaw bands.