The bones were uncovered by builders refurbishing a building owned by the Vatican in Rome, the Holy See said, in a potential breakthrough for police investigating one of Italy's darkest mysteries. 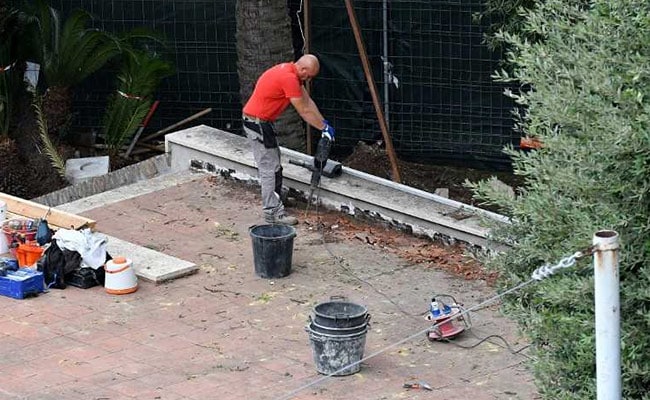 Bones were discovered in a building in the leafy grounds of the Holy See's embassy to Italy. (AFP)

The family of a teenager who went missing in Italy in 1983 called Wednesday on the Vatican to provide more details on the discovery of human remains in one of its properties.

The bones were uncovered on Monday by builders refurbishing a building owned by the Vatican in Rome, the Holy See said, in a potential breakthrough for police investigating one of Italy's darkest mysteries.

Since the grisly find, Italian media have been rife with speculation that they could shed light on the fate of one or possibly two teenagers who went missing in the 1980s.

"We will ask Rome prosecutors and the Holy See how the bones were found and why their discovery has been linked to the disappearance of Emanuela Orlandi or Mirella Gregori," the Orlandi's family lawyer, Laura Sgro, told the media.

The statement released by the Holy See on Tuesday "provides hardly any information," she said.

Sgro was speaking on behalf of the family, which she said would not comment until DNA tests had been performed.

The remains were discovered in a building in the leafy grounds of the Holy See's embassy to Italy.

The property had been left to the Vatican in 1949 by a Jewish businessman who belonged to the Fascist party before the introduction of racial laws in Italy, and later converted to Catholicism, according to Italian media.

Builders found a near-complete skeleton in one spot and fragments of bones in another, the Repubblica daily said.

The Vatican's statement on Tuesday made no reference to either Orlandi or Gregori.

Both girls were underage when they went missing separately in Rome in 1983.

Orlandi was the daughter of a member of the Vatican's police, and was last seen on June 22, 1983 when leaving a music class.

Theories have circulated that the then 15-year-old was kidnapped by an organised crime gang to put pressure on Vatican officials to recover a loan.

Another claim was that she was taken to force the release from prison of Mehmet Ali Agca, the Turk who attempted to assassinate Pope Jean Paul II in 1981.

Orlandi's brother Pietro has been leading a decades-long campaign to find out what happened to her and has accused the Vatican of silence and even complicity in the case.

In 2017, conspiracy specialists were driven into a frenzy by a leaked -- but apparently falsified -- document, purportedly written by a cardinal and pointing to a Vatican cover-up.

It referred to an expenses report of what the Vatican spent on kidnapping Orlandi and sending her to live abroad in secret.

The Vatican has said on several occasions that it has cooperated with Italian police in the case.

Her mother says she answered the intercom at the family apartment before telling her parents it was a school friend and she was going out to speak to him. She never returned.

"In my heart, I hope the bones are Mirella's, so we can put an end to this affair and I can have somewhere to go and cry and take my sister flowers," Maria Antonietta Gregori told La Repubblica daily.

Investigators have not ruled out that the cases could be connected.

It is not the first time Italian police have followed a possible lead to finding Orlandi's body.

In 2012, forensic experts exhuming the tomb of a notorious local crime boss at a Vatican church uncovered some 400 boxes of bones.

Enrico De Pedis, head of the Magliana gang, was suspected of involvement in her kidnapping and some speculated the youngster may be buried alongside him -- although DNA tests failed to find a match.

Sightings of the teenager over the years proved unfounded. She would now be 50 years old.

The first investigation into Orlandi's disappearance was closed in 1997.

In 2007, De Pedis' lover told investigators he had kidnapped and killed the girl on the order of the head of the Vatican bank.

The claim -- that she saw the girl's body buried in a sack under cement -- sparked a fresh enquiry that led nowhere.

Police shut the probe again in 2016, after which Pietro Orlando called on the Vatican to open its own investigation.

"Truth and justice are sacrosanct. We will never give up," he told the media on the last anniversary of her disappearance.