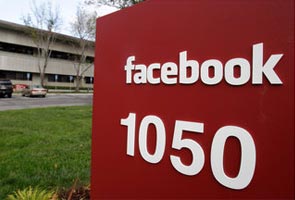 New York: Facebook says that it will begin reporting its financial results by April 2012, setting the stage for a likely public stock offering, according to a document sent by Goldman Sachs to potential investors.

As investor interest builds in private shares of Facebook, stoked by news of Goldman Sachs's deal with the social networking giant, the Securities and Exchange Commission is stepping up its inquiry into the trading of shares in hot private Internet companies. The SEC has contacted Goldman about its private Facebook offering, according to the offering document, which calls the inquiry preliminary.

Facebook's chief executive, Mark Zuckerberg, has insisted that he is in no rush to take his company public. But he will most likely have his hand forced by an arcane federal securities law that requires private companies to file financial information, typically prompting an initial public offering, if they have more than 499 shareholders.

The company said that it would cross the 499 shareholder limit by the end of the year in the offering memorandum sent to Goldman clients who are being given an opportunity to buy Facebook shares.

The document also gave a snapshot of Facebook's financial performance. The company, based in Palo Alto, California, earned $355 million on $1.2 billion in revenue during the first nine months of 2010.

On Sunday, The New York Times DealBook reported that Goldman Sachs had invested $450 million in Facebook in a deal that valued the company at $50 billion. The report said that the firm was also raising about $1.5 billion from its wealthy clients through a special-purpose vehicle that would invest alongside the firm in the company.

Goldman's clients have flooded the firm with orders, making the deal heavily oversubscribed, people involved in the process said. In the middle of the fund-raising, the SEC questioned Goldman.

The SEC is interested in several issues surrounding Goldman's Facebook deal, including its structure and news media reports about the offering, which was supposed to remain private, according to people with direct knowledge of the inquiry who requested anonymity because they were not authorized to speak publicly about the matter.

Federal regulators' interest in Goldman's Facebook deal adds a new twist to an inquiry that the agency began last month into the rapidly growing trading market for private shares of Facebook, Twitter, LinkedIn and Zynga, companies that are leading the social networking phenomenon.

The Goldman document also acknowledged that Facebook was cooperating with the SEC's inquiry. The agency first contacted Facebook last month to discuss the forming of pooled investment funds to buy Facebook shares, according to people who spoke only on condition of anonymity. In recent days, the discussion has also included the Goldman vehicle.

The frenzied interest in Facebook and those other companies is evocative of the dot-com boom of the late 1990s. This time around, though, these businesses have real revenue and profit, as illustrated by the data included in Goldman's offering document. In that sense, the interest in Facebook is reminiscent of the fascination surrounding Google's initial public offering in 2004.

"The revenue is in line with what I thought it would be, but the profitability is higher," said Lou Kerner, an analyst with Wedbush Securities who follows social media companies and has predicted that Facebook could be worth as much as $200 billion by 2015.

Mr. Kerner, a former stock analyst at Goldman, added that, "These numbers show that this is a company that is likely to have profit margins beyond what anyone has previously projected."

Another analyst said that while Facebook's financial performance was strong, it was difficult to value the company based simply on its revenue and net income. "To value it accurately, you need to understand whether they are generating cash after all their capital expenditures," said Jordan Rohan, an analyst with Stifel Nicolaus.

Mr. Rohan said that Facebook was most likely spending hundreds of millions of dollars building two giant data centers, and that the cost of those facilities was probably being amortized over several years. Facebook's margins are high, he said, and the company appears to be more than doubling in sales every year. "It's a big business, but I would expect these kind of numbers based on the momentum that they are having with users," he said.

A person close to Facebook, who declined to be named because he was not authorized to discuss its plans publicly, said that the company expected that its basic financial information would leak once Goldman showed the documents to its clients. The person said that Facebook decided to raise money even though it was highly profitable, in part, to be on more equal footing with rivals like Google, which has more than $33 billion in cash reserves.

Even after the financing, Facebook will have a small fraction of that, the person said. The person also said that Facebook had agreed to raise the money at the $50 billion valuation because the financing would not dilute the ownership stakes of existing shareholders, and because it represented "a profound endorsement of the accomplishments so far." But he said that the new money would make little change to how Facebook is run.

But the company has a new partner in Goldman, which moved up the timing of its offering to wealthy clients by days. The firm sped up the process after a reporter for The New York Times called it seeking comment, according to an executive who spoke only on condition of anonymity.

A Goldman spokesman declined to comment on Sunday. Late that night, executives in Goldman's private wealth management unit e-mailed their clients about the offering, people who received the e-mail said.

Federal and state securities regulators prohibit the use of what the law describes as "general solicitation and advertising" in private offerings. Companies or investment firms like Goldman that seek to raise money through a private offering cannot do anything that would be considered publicly promoting the deal, like an advertisement in or any communication to a media outlet. A violation of these rules could jeopardize an offering.

"There is not a lot of SEC guidance in this area," said Udi Grofman, a lawyer at Schulte Roth & Zabel who specializes in private offerings.

"While the SEC has offered some guidance on what constitutes general solicitation or advertisement," he said, "the question of whether the issuer or anyone on its behalf tries to create 'hype' or interest in the offering is very fact-specific."

The offering -- and the report about it -- appears to have surprised the SEC While some people involved in the deal had said that Goldman had briefed the S.E.C. on the private offering, those same people later said they were mistaken and that the firm had not contacted the agency.