Mark Zuckerberg Wore A Suit To Washington. There's No Going Back To Hoodies 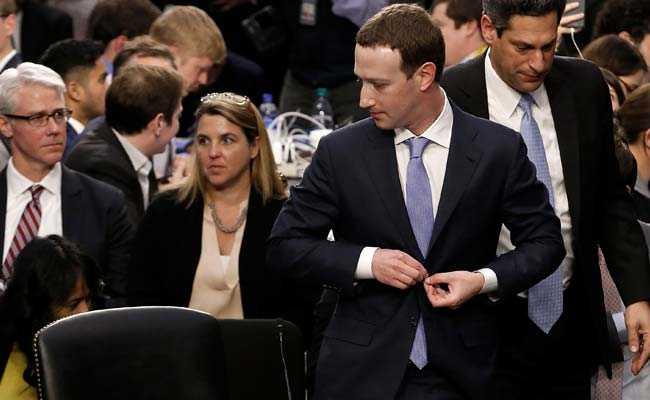 Did anyone really think Facebook founder Mark Zuckerberg would come to Capitol Hill to testify before Congress wearing a T-shirt or a hoodie? Of course he'd wear a suit. He wore a tie, too. No matter how deserved his reputation as a cultural disrupter and a Silicon Valley savant, he knows the difference between chatting up millenials on some LEED-certified tech campus and being roasted over the flames in a wood-paneled Senate hearing room. He understands traditions and protocol. He knows how the establishment works.

He's part of it now - no matter how grudging he might be in accepting that. There's no going back to T-shirts and hoodies.

As Zuckerberg sat in a single extra-padded seat pulled up to a modest table in front of 42 members of the Senate who were there to talk Russia, Cambridge Analytics and invasion of privacy, his eyes were wide and occasionally darted around the packed room. He nodded slightly as Sen. Chuck Grassley, R-Iowa, delivered a brief history of Facebook.

The witness managed not to grimace when Grassley enunciated Zuck-er-berg as if he'd only laid eyes on the name moments before. The tech entrepreneur sipped and sipped on water as he listened to Sen. Bill Nelson, D-Fla., drawl "lied" into a three-syllable accusation.

Zuckerberg did not look at ease. He did not look cocky. He did not have the demeanor of the smartest and most impressive guy in the room. He looked like a 33-year-old man burdened with having to explain technology to legislators who are more than twice his age and don't really want to hear about how users can change their settings; they just want him to fix what's wrong with the damn thing.

Zuckerberg was dressed in a navy suit that looked rather large for his modest frame. His shirt collar was most certainly too big and his pale blue tie was knotted so loosely that it hung from his neck as if it had been pre-tied and quickly looped over his head. He was wearing the tie, but he clearly didn't want to be. There was no hint of pride in his appearance. No personal flair or polish. Everything about his attire was perfunctory. He could have done better, and he has. He wore a better fitting jacket back in 2011 during a town hall meeting at Facebook headquarters with President Barack Obama. He looked rather elegant in 2015 when he and his wife Priscilla Chan attended a state dinner at the White House. Zuckerberg did not give Capitol Hill his sartorial all.

His hair was cut so close that it was more like penitence than grooming. And his resting expression, as the hearing went on, shifted from shell-shocked to angry to impatient.Zuckerberg, new to the witness walk and the hours of testimony, has not perfected the art of pretending that the myriad cameras clicking around him don't exist. When he arrived on Capitol Hill on Monday for a series of preliminary meetings, he was followed by photographers. Instead of casting his gaze into the middle distance as he walked from one office to another, it was often focused directly into a camera's lens. The result was that he appeared startled and confused. His claustrophobic circumstances are palpable in his eyes. He does not exude control. He looks like he wants to flee.

One suspects that once Zuckerberg finishes his Washington grilling, he will return to Silicon Valley and to his T-shirts and hoodies. 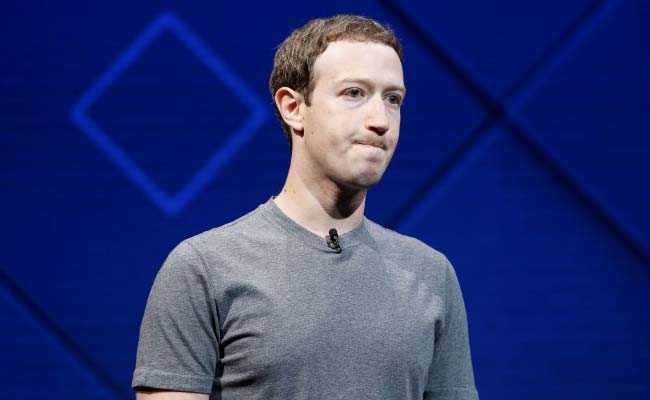 They are the uniform that he claimed for himself, the clothes that gave him one less thing to think about every day but that also helped to define him as the youthful entrepreneur who upended communications, news-gathering, advertising and countless other things that we probably don't even realize yet. There may be some sense of relief and comfort in slipping on one of his trusty gray T-shirts. But the days when it symbolized daring and innovation are over. It is now emblematic of recklessness. Has he outgrown it?

Zuckerberg is one of the suits now. He has to be. The question is whether he can ever get comfortable in one.