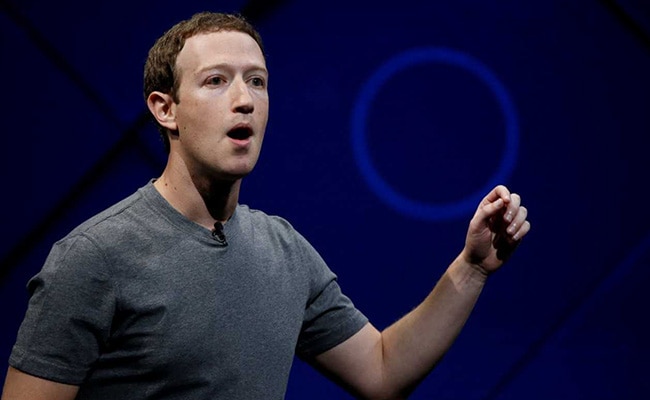 Mark Zukerberg said in a post that he found the remarks "deeply offensive". (File)

Even so, the weekend criticism marked a rare case of high-level employees publicly taking their chief executive to task, with at least three of the seven critical posts seen by Reuters coming from people who identified themselves as senior managers.

"Mark is wrong, and I will endeavor in the loudest possible way to change his mind," wrote Ryan Freitas, whose Twitter account identifies him as director of product design for Facebook's News Feed. He added he had mobilized "50+ likeminded folks" to lobby for internal change.

Jason Toff, identified as director of product management, wrote in a tweet: "I work at Facebook and I am not proud of how we're showing up. The majority of coworkers I've spoken to feel the same way. We are making our voice heard."

"We recognize the pain many of our people are feeling right now, especially our Black community," Facebook spokesman Andy Stone wrote in a text, referring to company employees.

"We encourage employees to speak openly when they disagree with leadership. As we face additional difficult decisions around content ahead, we'll continue seeking their honest feedback."

Twitter Inc on Friday affixed a warning label to a tweet from Trump in which he had included the phrase "when the looting starts, the shooting starts." Twitter said the tweet violated its rules against glorifying violence but was being left up as a public service exception.

Nationwide unrest erupted after the death of a black man, George Floyd, in police custody in Minneapolis last Monday. Video footage showed a white officer kneeling on Floyd's neck for nearly nine minutes before he died.

Facebook declined to take action on the same message, with Zuckerberg saying in a Facebook post on Friday that while he found the remarks "deeply offensive," they did not violate company policy against incitements to violence and people should know whether the government was planning to deploy force.

In the post, Zuckerberg, who last week took pains to distance his company from the fight between the president and Twitter, also said Facebook had been in touch with the White House on Friday to explain its policies. Facebook later confirmed reporting by news website Axios that Zuckerberg had a call with Trump.

But some of the dissenting employees directly praised Twitter's response.

"Respect to @Twitter's integrity team for making the enforcement call," wrote David Gillis, identified as a director of product design. In a long Twitter thread he said he understood the logic of Facebook's decision, but: "I think it would have been right for us to make a 'spirit of the policy' exception that took more context into account."

Jason Toff was one of several Facebook employees who were organizing fundraisers for racial justice groups in Minnesota. Zuckerberg said in a Facebook post on Monday that the company would contribute an additional $10 million to social justice causes.

"Giving a platform to incite violence and spread disinformation is unacceptable, regardless who you are or if it's newsworthy," wrote another Facebook manager, Andrew Crow, head of design for the company's Portal product. "I disagree with Mark's position and will work to make change happen."