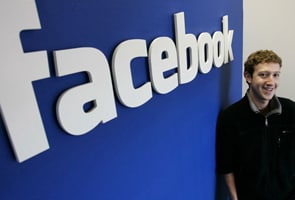 London: Popular social networking site Facebook is being blamed for a growing number of marriage splits in the UK as love rats are caught flirting online.

According family lawyers in Britain, flirtations on the website are now becoming a major factor in breakdowns and the problem has become so great that almost every divorce they have dealt with in the past year has involved the website.

"Facebook is being blamed for an increasing number of marital breakdowns, and it is quite remarkable that all the petitions that I have seen here since May have cited Facebook one way or another," Patel was quoted as saying by the Telegraph.

Patel, the Dorking-based lawyer, said in the past nine months she had dealt with 30 divorce cases and the website had been implicated in all the cases.

"Its huge popularity as well as the lure of sites like Second Life, Illicit Encounters and Friends Reunited are tempting couples to cheat on each other," she said.

"Suspicious spouses have used these to spy and find evidence of flirting and even affairs, which have then led to break-ups."

According to Patel, many of divorces came after partners found "flirty messages" on the Facebook wall of their partner -- and also "inappropriate suggestive chats" which spouse's can see.

The lawyer said that she urged all clients to "stay off" Facebook during divorce proceedings -- as it could throw a spanner in the works of it going smoothly -- especially if they post photos of new lovers.

She said: "They feel compelled to share their feelings online, and, in some cases, they not only express their stress, but also make inflammatory accusations against their partner.

"Divorce is a highly-charged and emotional time, but it is vital not to turn the situation into a public slagging match, played out for everyone to see online.

"The situation has deteriorated so badly that we advise feuding couples to avoid these sites until their divorces are settled."

"It is like blaming your mobile phone or your emails. Does being on Facebook force you to do something - absolutely not I would say," he said.
Comments
Facebook blamed for divorcesdivorce rate growsFacebook