Thomas Lane was convicted in February of federal charges of violating the civil rights of Floyd, the African-American man whose May 2020 murder sparked nationwide protests. 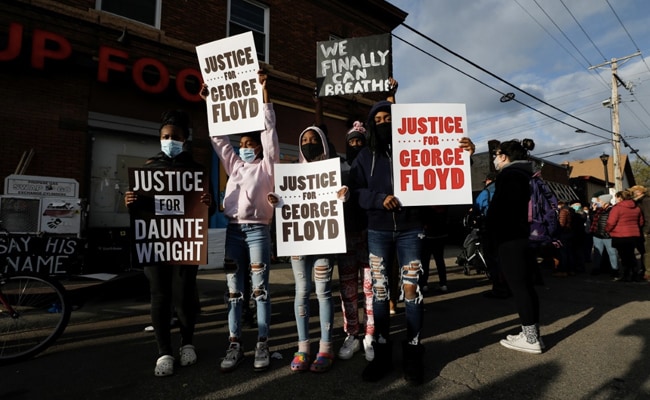 One of three former Minneapolis police officers facing trial for the death of George Floyd pleaded guilty on Wednesday to manslaughter charges.

Thomas Lane was convicted in February of federal charges of violating the civil rights of Floyd, the African-American man whose May 2020 murder sparked nationwide protests.

Lane, who is white, had been scheduled to go on trial next month on Minnesota state charges of aiding and abetting second-degree murder.

Instead, he pleaded guilty to aiding and abetting second-degree manslaughter, a court spokesman said.

The other two officers, Tou Thao, who is Hmong American, and J. Alexander Kueng, who is Black, were also convicted in February of federal charges and are to go on trial on the state charges on June 13.

Derek Chauvin, who was the senior officer on the scene, was convicted of murder last year after a high-profile trial and is serving 22 years in prison.

Chauvin, who is white, kneeled on the neck of a handcuffed Floyd for nearly 10 minutes until he passed out and died.

Floyd's death, which was filmed by a bystander in a video that went viral, sparked months of protests against racial injustice and police brutality in the United States and around the world.

Under the plea agreement, Lane will serve three years in a federal prison, the court spokesman said.

The term will run concurrently with the sentence he receives on the federal charges. A sentencing date has not yet been set.

"I am pleased Thomas Lane has accepted responsibility for his role in Floyd's death," Ellison said in a statement.

"His acknowledgment he did something wrong is an important step toward healing the wounds of the Floyd family, our community, and the nation.

"While accountability is not justice, this is a significant moment in this case and a necessary resolution on our continued journey to justice."