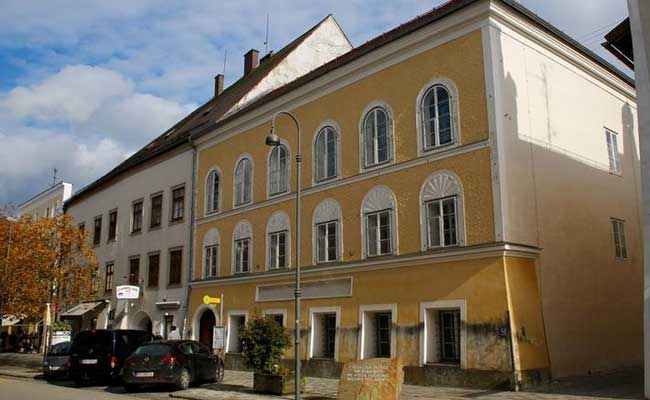 The house in which Adolf Hitler was born is seen in Braunau am Inn, Austria.

Vienna, Austria: The former owner of the house where Adolf Hitler was born has launched a legal battle against the Austrian government for expropriating the building, a court official said Tuesday.

The state seized the dilapidated building in the northern town of Braunau in December after MPs approved an expropriation law specifically aimed at the controversial property.

The move came after years of bitter wrangling with owner Gerlinde Pommer who had been renting the premises to the interior ministry since the 1970s and refused to sell them or carry out essential renovation works.

The government said it had been necessary to force a decision on the issue to stop the building from becoming a neo-Nazi shrine.

"The court will verify whether the law is valid," spokesman Wolfgang Sablatnig told AFP, adding the procedure was likely to last several months.

Pommer's lawyer threatened to take the case to the European Court of Human Rights in Strasbourg if Austrian judges found in favour of the government.

"To put it bluntly, the standard legal requirements for an expropriation are missing," Gerhard Lebitsch told Austrian newspaper Kurier.

Pommer's family had owned for nearly a century the yellow corner house where the future Nazi dictator was born on April 20, 1889.

Although Hitler only spent a short time at the property, it continues to draw Nazi sympathisers from around the world.

The 800-square-metre (8,600-feet) building has been empty since the rental agreement between Austria and Pommer fell apart in 2011.

Until then, the government had been renting the premises for around 4,800 euros ($5,000) a month and used it as a centre for people with disabilities.

The deal however came to an abrupt end six years ago when Pommer refused a much-needed upgrade.

Even before her new legal challenge, it was not clear what the government planned to do with the property.

The interior minister's push to have it torn down was met with angry resistance from other politicians and historians.

Promoted
Listen to the latest songs, only on JioSaavn.com
Instead, it looked most likely that the property would be used by a charity.

Every year on Hitler's birthday, anti-fascist protesters organise a rally outside the building, next to a memorial stone reading: "For Peace, Freedom and Democracy. Never Again Fascism, Millions of Dead Warn."

Volcanic Eruption In Tonga Blamed For An Oil Spill 11,000 Km Away