Ex-Maldives Leader Says He May Not Return After UK Treatment 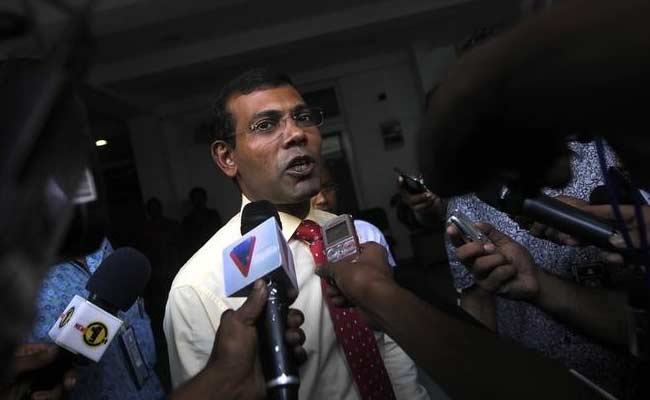 Mohamed Nasheed had resigned in 2012 after losing support from the military and police. (Reuters photo)

London: The jailed former president of the Maldives said Monday that he may not return home after being temporarily freed to seek medical treatment in Britain.

Mohamed Nasheed, who has served almost a year of a 13-year sentence, says he has yet to decide whether he can better serve the struggle for democracy inside his country or abroad.

"Clearly, it's a fluid situation," Nasheed told reporters in London.

"I will definitely go to the Maldives ... The question is how and when. For now I just want to spend some time with my wife and family."

Nasheed, 48, became the Indian Ocean nation's first democratically elected president in 2008. He grabbed international attention by holding a Cabinet meeting underwater to highlight the threat from rising sea levels to the low-lying archipelago.

He resigned in 2012 after losing support from the military and police. Last year, he was sentenced to 13 years imprisonment for terrorism for ordering the arrest of a senior judge while he was in power.

The UN working group on arbitrary detention has said that Nasheed was unlawfully imprisoned and called for his release.

Nasheed was released last week so he could undergo spinal surgery for chronic back pain he says is a result of torture during earlier bouts of imprisonment. The Maldives government says he has promised to return and serve out his sentence.

Nasheed and his lawyers accuse President Yameen Abdul Gayoom of corruption and of turning a blind eye to growing Islamic extremism. Nasheed said 200 Maldivians have joined the Islamic State group in Syria and Iraq - from a population of just 350,000.

Emmerson said the Maldives - whose economy relies on its luxury tourist resorts - had become "a hotbed of fundamentalism and terrorism" and was at risk of a major attack.